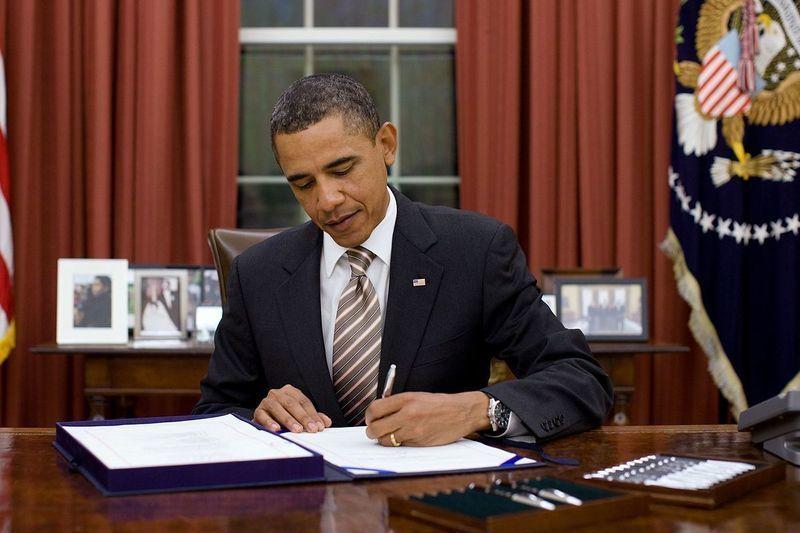 Should a Lame Duck President's Final Regulations be Blocked? (H.R. 21)

This bill would make it easier for Congress to block proposed regulations from taking effect during the final year of a president’s term in office. Rather than having to pass a joint resolution to reject each regulation as is the current procedure, Congress would be able to reject a group of them together.

The bill takes aim at “midnight rules,” which are regulations that become final or go into effect during a president’s final year in office by using the process established by the Congressional Review Act, which lets Congress reject rules within 60 days after being notified by the agency involved.

An outgoing, lame duck president shouldn’t have the ability to use the regulatory process to circumvent the will of Congress. This bill prevents presidents from avoiding Congress to advance their own agenda in their final year in office.

Presidents, even those in their final term, aren’t elected to three-year terms. They should have the ability to fully exercise the powers of the presidency throughout their full term in office, even in their last few months.

The CBO was unable to estimate whether enacting this program could lead to changes in federal spending or revenues because of changes made to regulations.

In-Depth: Sponsoring Rep. Darrell Issa (R-CA) introduced this bill in the closing weeks of the 114th Congress and has since reintroduced it in the new Congress in order to stop the implementation of high-cost or politically-motivated regulations during the final months of the Obama administration:

“Presidents from both parties have made habit of using midnight regulations to sneak in the few remaining parts of their agenda just before the clock runs out. Our bill will keep outgoing Administrations in check by ensuring new regulations attain the proper level of scrutiny by Congress and the American people. Many of these new rules and regulations come at a tremendous cost to small business and our job creators. We need to ensure these rules aren’t rushed in to fulfill some partisan agenda and that the people’s elected representatives have the opportunity carefully review them.”

Democrats expressed their opposition to this bill when it was reported out of committee in the 114th Congress because it “dramatically expands the ability of Congress to summarily disapprove rules submitted to it during the last six months or so of an outgoing administration.” They feel that many of the rules that take effect that late in a president’s administration took years to formulate because of requirements to notify Congress and allow the public to comment. The Obama administration has said that it would veto this bill.

In the 114th Congress, the House Judiciary Committee passed this bill on a party-line, 15-5 vote with Democrats providing the only dissenting votes. It has eight cosponsors in the House, including seven Republicans and a Democrat.