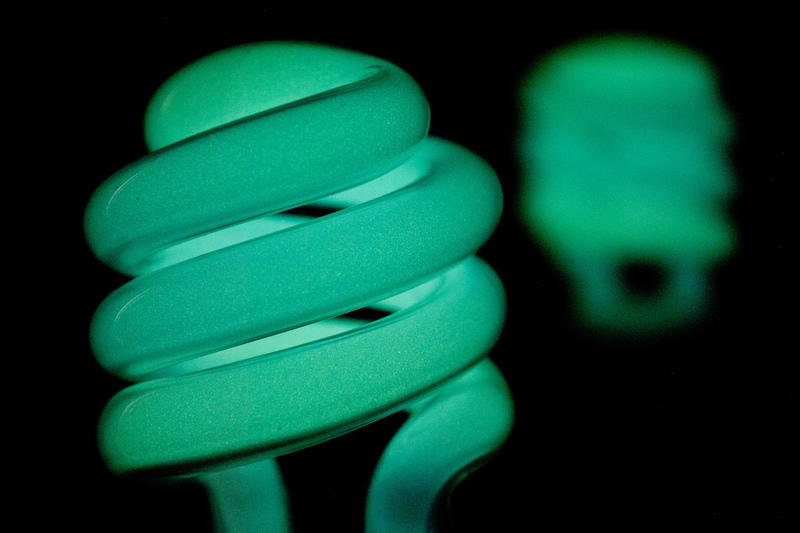 This bill would broadly reform U.S. energy policy as it relates to efficiency, infrastructure, energy supplies, accountability, and land conservation. It updates, creates, repeals, and reauthorizes numerous programs within the Dept. of Energy (DOE) and the Dept. of the Interior (DOI).

Here's a section by section breakdown:

The Secretary of Energy would have to support and encourage state, local, and tribal governments to adopt new, more energy efficient building codes. Numerous programs related to energy and water efficiency in government buildings would be reauthorized.

Grants would be made available to cover the cost of career skills training for students who receive a certification in energy efficient building techniques. The Office of Management and Budget (OMB) would work with each federal agency to develop a strategy for purchasing, using, and maintaining energy-saving information technologies.

This bill would repeal a provision requiring newly constructed federal buildings (or those under renovations) to phase out fossil-fuel generated energy by 2030.

The Secretary of Energy would have the final say on applications to export natural gas to countries that don’t have free trade agreements with the U.S.

The DOE would also have to collect and publicly post available data on liquefied natural gas exports. The Energy Information Administration (EIA) would be required to collaborate Mexican and Canadian officials to improve the collection of cross-border energy data.

Electrical grid systems would be modeled to examine the impacts of different resource combinations set up by the DOE.

The development of hybrid micro-grid systems for isolated communities would be promoted. The DOE could partner with states and local organizations to make state and regional electric distribution plans.

A research program would be created to establish two or more National Lab partnerships with institutes of higher education to develop two or more exascale computing systems at DOE.

Existing incentives for improving the efficiency of hydroelectric power production would be reauthorized through fiscal year 2025, and FERC would be designated as the lead agency to deal with all hydropower-related permitting backlogs.

National goals for the production of geothermal energy and the identification of potential sites on federal lands capable of producing 50,000 megawatts of geothermal power within 10 years. The Secretary of Energy would be authorized to carry out additional research related to geothermal energy technologies, which would cover the environmental impacts of these technologies. A categorical exclusion to the National Environmental Policy Act (NEPA) could be used to permit geothermal test wells to be drilled as long as the site meets certain acreage and environmental impact requirements and the area is restored within three years.

Federal funding for marine hydrokinetic energy (or wave power) research would be reauthorized, and the definition of hydrokinetic energy would be broadened to mean more than simply electrical energy. Funding would be eligible to go toward demonstration projects, support in-water testing and arrays of technology devices, or to create information clearinghouses

Research into the identification, exploration, assessment, and development of methane hydrate as a commercially viable source of energy would be reauthorized. The Bureau of Land Management (BLM) would establish a three-year long pilot program aimed at streamlining drilling permits in areas where the federal government owns less than 25 percent of subsurface minerals or own surface area. This pilot program would be carried out in one state.

The Dept. of the Interior (DOI) would be required to conduct a resource assessment that identifies and quantifies critical mineral resources in the U.S. within four years. A series of performance improvements and reporting requirements would be outlined to reduce delays in federal permitting for mines that will produce critical minerals. The DOE would conduct research and development to promote the efficient production, use, and recycling of critical minerals.

Improving the process of converting, using, and storing carbon dioxide produced from the use of fossil fuels would be made a stated goal of research programs at the DOE. A new coal technology program would replace its predecessor, which would be repealed. The new program would allow large-scale pilot and demonstration projects to provide reliable power, conversion efficiencies, carbon capture and storage, emission reduction, and water discharge management. It would be funded at a level of $610 million per year from 2017-2020, and $560 million would be available in 2021.

The DOE would be required to submit a report to Congress that assesses its ability to host privately-funded fusion and fission reactor prototypes at DOE-owned sites.

DOE loan programs would require that borrowers pay at least 25 percent of the cost of the credit subsidy, and the Secretary of Energy would be directed to provide an estimate of that cost as soon as practicable.

The America COMPETES programs would be reauthorized, as would the Advanced Research Projects Agency - Energy (ARPA-E). Directors of National Laboratories would be authorized to remove technology barriers that harm private sector interest, and demonstrate potential commercial applications of research and technologies arising from National Laboratory activities.

The DOI would be authorized to enter into cost-sharing agreements with states, local governments, and Indian tribes to utilize a shared inventory system that would be publicly available and provide users with a catalog of infrastructure and geographical information. Any facilities that have significance to national security could be excluded from public disclosure.

The Secretary of the Interior would be required to establish a program allowing the BLM to enter into a memorandum of understanding with a state to consider the costs and benefits of creating consistent rules governing oil and gas production on federal lands within the state.

Numerous reports that had been previously required by the DOE or DOI to be submitted to Congress would be repealed, as would outdated studies and grant programs.

The Land and Water Conservation Fund (LWCF) and the Historic Preservation Fund would be permanently reauthorized. The allocation of funds under the LWCF would be updated to include consideration fishing, hunting, and other recreational purposes along with recreation and conservation programs that are important to states when evaluating federal land acquisitions.

As a bipartisan compromise, this bill contains provisions that will appeal to both sides of the aisle without alienating potential supporters. A sweeping overhaul of U.S. energy policy to improve the efficiency of the permitting process and ensure federal research programs continue is much needed.

There is a lot wrong with this bill: it empowers the federal government to pick winners and losers in energy markets while catering to the needs of special interests. Worthwhile provisions within this legislation ought to be passed as standalone bills, but as a whole this bill fails to achieve the right mixture of reforms.

Consumers, producers, and suppliers of energy in the U.S, including individuals and businesses; state, local, and tribal governments; the DOE, and the DOI.

In-Depth: It was observed in The Hill that this legislation represents the Senate’s first attempt to craft legislation broadly reforming U.S. energy policy in eight years, and sponsoring Sen. Lisa Murkowski (R-AK) believes her bill to be a much needed update on the status quo:

“Our energy renaissance has taken us from a position of energy scarcity to one of energy abundance, but current law rarely reflects that fact. After months of working together, the bipartisan legislation we introduced today marks a critical step toward the modernization of our federal energy policies. By focusing on areas where agreement was possible, we have assembled a robust bill with priorities from many senators that will promote our economic growth, national security, and global competitiveness.”

The Heritage Foundation has opposed this bill on the grounds that it gives the federal government too much power in energy markets:

The Senate Energy and Natural Resources Committee passed this bill by a vote of 18 to 4.