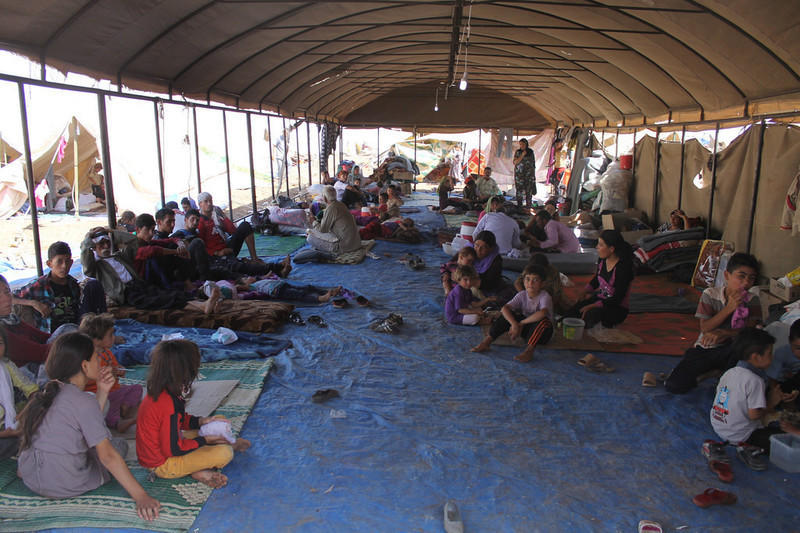 This resolution would declare that those who are committing atrocities against Christians and other ethnic and religious minorities in Syria and Iraq are committing “war crimes”, “crimes against humanity”, and “genocide”. Among the ethnic and religious groups that have been targeted by the so-called Islamic State (aka ISIS or ISIL) include Yezidis, Turkmen, Sabea-Mandeans, Kaka’e, and Kurds.

The resolution calls for the United Nations (U.N.) and the Secretary-General to call the atrocities war crimes, crimes against humanity, and genocide. It also reminds all 147 countries that have ratified the Genocide Convention of their obligations under that treaty, especially the governments of countries and their citizens that are in anyway supporting these crimes. Further, it adds that the member states of the U.N. should collaborate with Arab states that want to uphold religious freedom to prevent further war crimes and genocide, while also establishing tribunals to punish those responsible.

The governments of the Kurdistan Region of Iraq, the Hashemite Kingdom of Jordan, the Lebanese Republic, and other countries are commended by this resolution for having provided shelter and protection to those fleeing extremist violence.

Additionally, this resolution calls for the prosecution of those who force religious communities to flee from their ancestral homelands in the Nineveh Plain and Mount Sinjar under local and international law.

As a concurrent resolution, this legislation could be taken up by the Senate after being passed in the House, but it wouldn't have the force of law if approved by both chambers.

ISIS is carrying out a campaign of terror against ethnic and religious minorities in Syria and Iraq in an attempt to eliminate them from the region. That’s the definition of genocide, and Congress should call it what it is to mobilize a response.

It would be a mistake for Congress to call these atrocities “genocide” and “war crimes” while the State Department will be soon be completing an investigation into whether the situation meets the definition of genocide.

Those committing atrocities against ethnic and religious minorities in Syria and Iraq; minority groups in that region including Christians, Yezidis, Turkmen, Sabea-Mandeans, Kaka’e, and Kurds; and Congress.

In-Depth: Sponsoring Rep. Jeff Fortenberry (R-NE) introduced this bill to promptly recognize that ethnic and religious minorities in Syria and Iraq are the target of an ongoing genocide in the hopes of mobilizing an international response:

“Christianity in the Middle East is shattered. The ancient faith tradition lies beaten, broken, and dying. Yet Christians in Iraq and Syria are hanging on in the face of the Islamic State’s barbarous onslaught. This is genocide. The international community must confront the scandalous silence about their plight. Christians, Yezidis, and other religious minorities have every right to remain in the ancestral homelands.”

This legislation was passed by the House Foreign Affairs Committee by unanimous consent in March 2016. It currently has the bipartisan support of 202 cosponsors in the House — including 141 Republicans and 62 Democrats.

Of Note: The U.N. Genocide Convention defines genocide as the following:

The decision of whether to designate a situation as “genocide” can be a politically contentious decision. The federal government doesn’t formally recognize the Armenian genocide due to its relations with the government of Turkey, although 43 U.S. states and 23 countries have called it genocide.

During the Clinton administration, the U.S. was slow to respond to the Rwandan Genocide as it developed and as many as one million people were killed in the span of several months. Former President Clinton has expressed deep regret over his failure to mobilize a timely intervention, estimating that doing so may have saved at least 300,000 lives.

Thus far, the Obama administration has declined to call the situation facing ethnic and religious minorities in Syria and Iraq a genocide. However, the State Department will be deciding on March 17, 2016 if the targeting of those groups by ISIS meets the legal definition of genocide. The State Department was required to consider designating the situation as a genocide by a provision in the December 2015 omnibus appropriations bill that give the agency 90 days to make a determination.