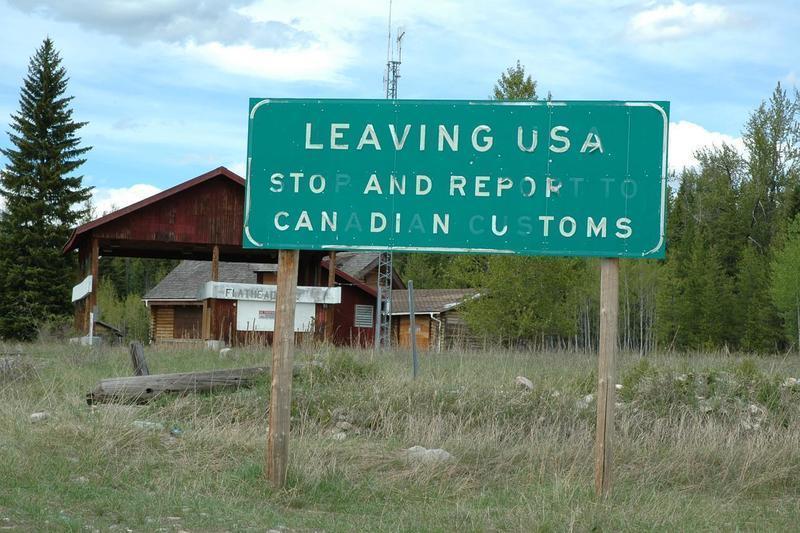 Is There a Need for a Review of Security on the Border With Canada? (S. 1808)

This bill would require the Dept. of Homeland Security (DHS) to compile a Northern Border Threat Analysis and submit it to relevant congressional committees. The threat analysis would seek to assess needed security improvements and the threat of terrorist or criminal activity.

Specifically, current and potential threats for terrorism to be carried out by individuals and groups who would enter the U.S. through the northern border or exploit vulnerabilities would be examined. The threat analysis would also look at needed improvements at ports of entry along the northern border to prevent such activities — including the maritime borders of the Great Lakes.

The threat analysis would identify any vulnerabilities in the law or policies that hinder cooperation between state and local law enforcement to secure the border and counteract the threat of terrorism. It would examine the following challenges affecting border security:

To the greatest extent possible, DHS would make this threat analysis unclassified, although it would be allowed to submit a portion of it in a classified manner if it’s appropriate.

Identifying weaknesses in security along the northern border will help prevent criminals and terrorists from exploiting those vulnerabilities. If the government doesn’t know exactly what’s wrong, how can it be fixed?

While it may make sense to assess the status of border security along the northern border, there is nothing in this legislation that would require the Dept. of Homeland Security to take action and fix those problem.

The CBO estimates that implementing this legislation would cost about $1 million in 2016.

In-Depth: The lead sponsor of this legislation, Sen. Heidi Heitkamp (D-ND), believes that concerns about security along the southern border shouldn’t detract from efforts to monitor the northern border. She cited “difficulties with recruiting officials to work remote areas of the border” and increasing crime as challenges that need to be addressed.

Sen. Kelly Ayotte (R-NH) believes that a “full understanding of the northern border’s needs, strengths, and vulnerabilities” is needed to to develop a successful strategy for border security.

This bill was passed unanimously by the Senate Homeland Security and Governmental Affairs Committee, and has bipartisan support from three Republican cosponsors.

Of Note: According to Sen. Heitkamp’s press release, there are 120 border crossings between the 5,500 mile long border between the U.S. and Canada, 1,500 miles of which are on the Alaskan border.