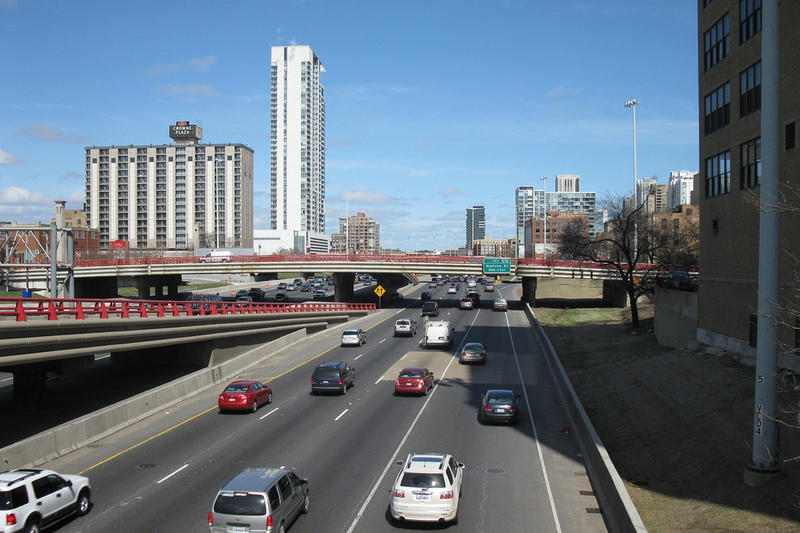 Update October 30, 2015: This bill was co-opted through the amendment process from its original form to serve as the legislative vehicle for highway funding.

Originally, this bill was known as the Hire More Heroes Act, and would have given employers the option of whether or not veterans with other health insurance (TRICARE, DoD, or VA) would be counted in employee totals for the Affordable Care Act (ACA). Under the ACA, "large employers" (50 or more employees) are required to provide health insurance to all employees. Small businesses, however, are not. This bill then served as the legislative vehicle for  a group of tax-extension bills commonly known as the EXPIRE Act.

Currently, this legislation is the legislative vehicle for the Senate’s DRIVE Act, which authorizes federal funding for highways and highway safety construction programs for fiscal years 2016-2021.

For transportation infrastructure projects, bridges and large facilities of national importance would be prioritized, as would the Interstate System and National Highway System. Competitive grants would be made available for the funding of regionally important projects.

There are no tax increases in this legislation, and all spending is fully offset with spending reductions or changes in other federal programs. The amount of funding authorized for each state to receive in each fiscal year for highway projects would increase.

Public transportation funding would be made available at a greater level for local and urban projects involving bus facilities, fixed rail systems, while overall funding would be increased by more than $2 billion over previous levels.

The Federal Permitting Improvement Act would be included in this legislation, which enhances coordination between government agencies during the permitting process for projects requiring federal review. It is limited to economically significant capital projects that need investment of more than $200 million. Further, this provision also places time limits on environmental and judicial reviews on covered projects.

A six-year funding solution for the nation’s highway system would eliminate the uncertainty that has dragged on for too long. It may not solve all the nation’s transportation problems, but it’s a compromise that is better than the status quo.

This legislation doesn’t do nearly enough to increase funding for highways and other transportation infrastructure because it is unwilling to raise taxes. The U.S. needs greater investment in highways than this legislation provides.

The CBO estimates that this legislation would not increase spending, and would increase revenues by $17 million over the 2016-2025 period.

Of Note: The Highway Trust Fund has already received several short-term extensions in 2015. The first extension for the Highway Trust Fund was introduced on May 14, 2015 and provided for funding until the end of July. It was signed into law on May 28, and various longer-term proposals were being discussed that the time — which ranged from providing additional funding sources for the HTF for a six-year fix to letting the HTF expire. Congress then agreed to another short-term extension in July, funding the HTF through October 2015.

More recently, the House considered an extension through December, while the Senate extensively debated a six-year extension known as the DRIVE Act. However, the House has expressed a strong preference to have its own long-term proposal in the fall, which led to the passage of a short-term patch through late November, which was the 34th extension the HTF had received. The House Transportation Committee passed its own six-year extension of the HTF on October 22, which was combined with the DRIVE Act to produce this legislation.