Are you concerned about rising numbers of illegal border crossings? 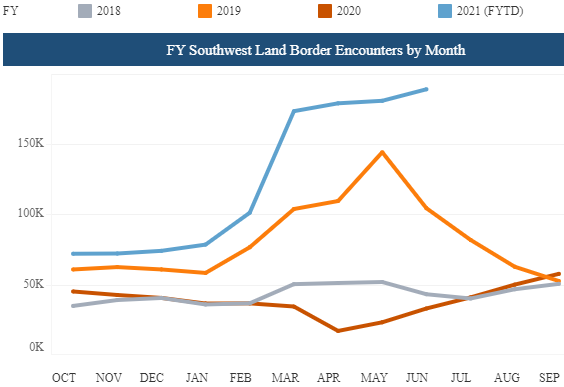 “We are in the hottest part of the summer, and we are seeing a high number of distress calls to CBP from migrants abandoned in treacherous terrain by smugglers with no regard for human life. Although CBP does everything it can to locate and rescue individuals who are lost or distressed, the bottom line is this: the terrain along the border is extreme, the summer heat is severe, and the miles of desert migrants must hike after crossing the border in many areas are unforgiving.”