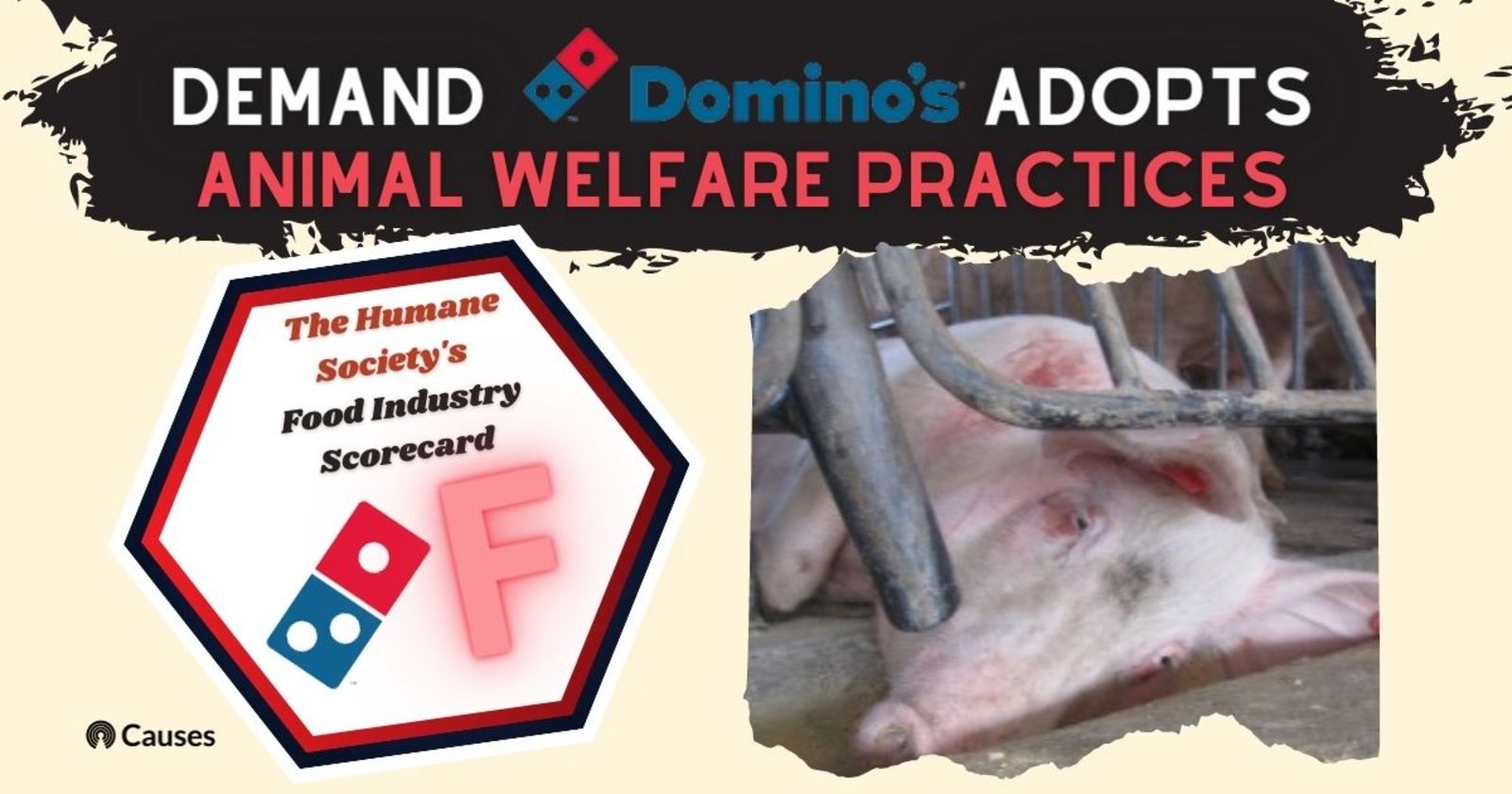 "Domino’s has no commitments that meaningfully address any of the most pressing concerns—and to our knowledge, it never has."

"We encourage [Domino's] to adopt meaningful policies regarding its pork, egg, and chicken supply chains and add plant-based proteins to its menu."

How are the animals treated? Warning: Graphic photos

Mother pigs locked in gestation crates so tiny they can’t turn around.

Hens crammed so tightly in cages they can't spread their wings.