What do you think of Disney's content warning over 'negative stereotypes'?

Disney+ has added a content warning of “negative depictions and/or mistreatment of people or cultures" to the beginning of 18 episodes of The Muppet Show.

"These stereotypes were wrong then and are wrong now." 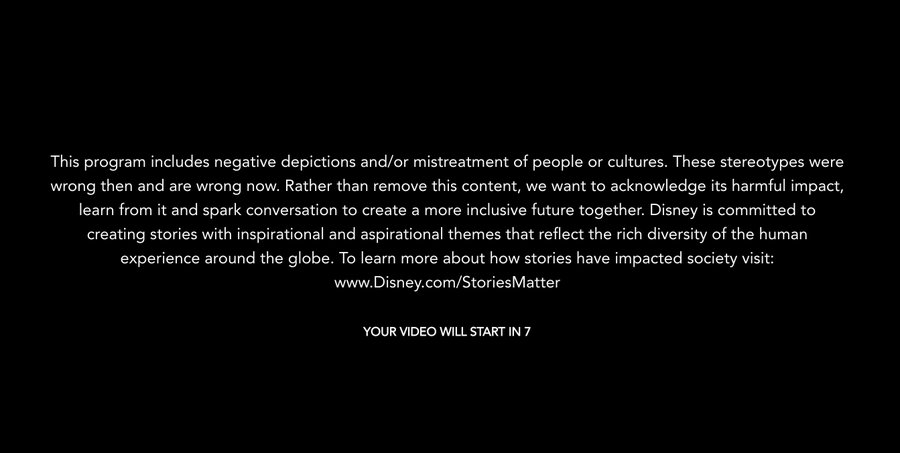 Disney+ has not detailed the “negative depictions” that necessitated the content warnings, but likely include:

The same disclaimer also appears at the start of Lady and the Tramp, The Jungle Book, The Aristocats, Dumbo, Peter Pan, and Swiss Family Robinson.