How Many Americans Have Been Vaccinated for COVID-19 To Date?

How do you feel about the rollout of COVID-19 vaccinations? 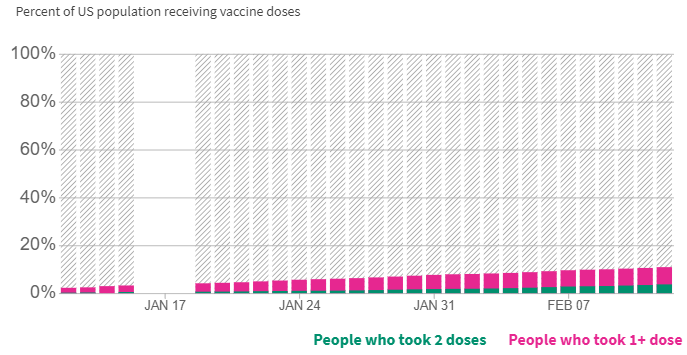 What’s the status of the vaccine supply?

In addition to tracking the progress of vaccine administration and distribution, you can see the eligibility criteria for vaccination in each state at USAFacts.