Vote to see how others feel about this issue

Two generations of Kings spoke at the Lincoln Memorial Friday as part of the March on Washington that honored the 57th anniversary of MLK's "I Have a Dream" speech.

The big picture: Black people are reeling after a summer that opened with the police killing of George Floyd and is closing with the police shooting of Jacob Blake, who was paralyzed and spent time handcuffed to a hospital bed after being shot seven times in the back.

Rev. Al Sharpton coordinated the event after Floyd's death alongside Martin Luther King III and the National Action Network, called the "Commitment March: Get Your Knee Off Our Necks."

Between the lines: On a D.C. summer Friday with a high of 92 degrees, volunteers were taking temperatures at the entrance, and media reports indicated masks were the norm among the crowd.

The bottom line: King's granddaughter Yolanda Renee King, 12, told a crowd of thousands that they "are the great dreams of our grandparents. ... we will fulfill my grandfather's dream." 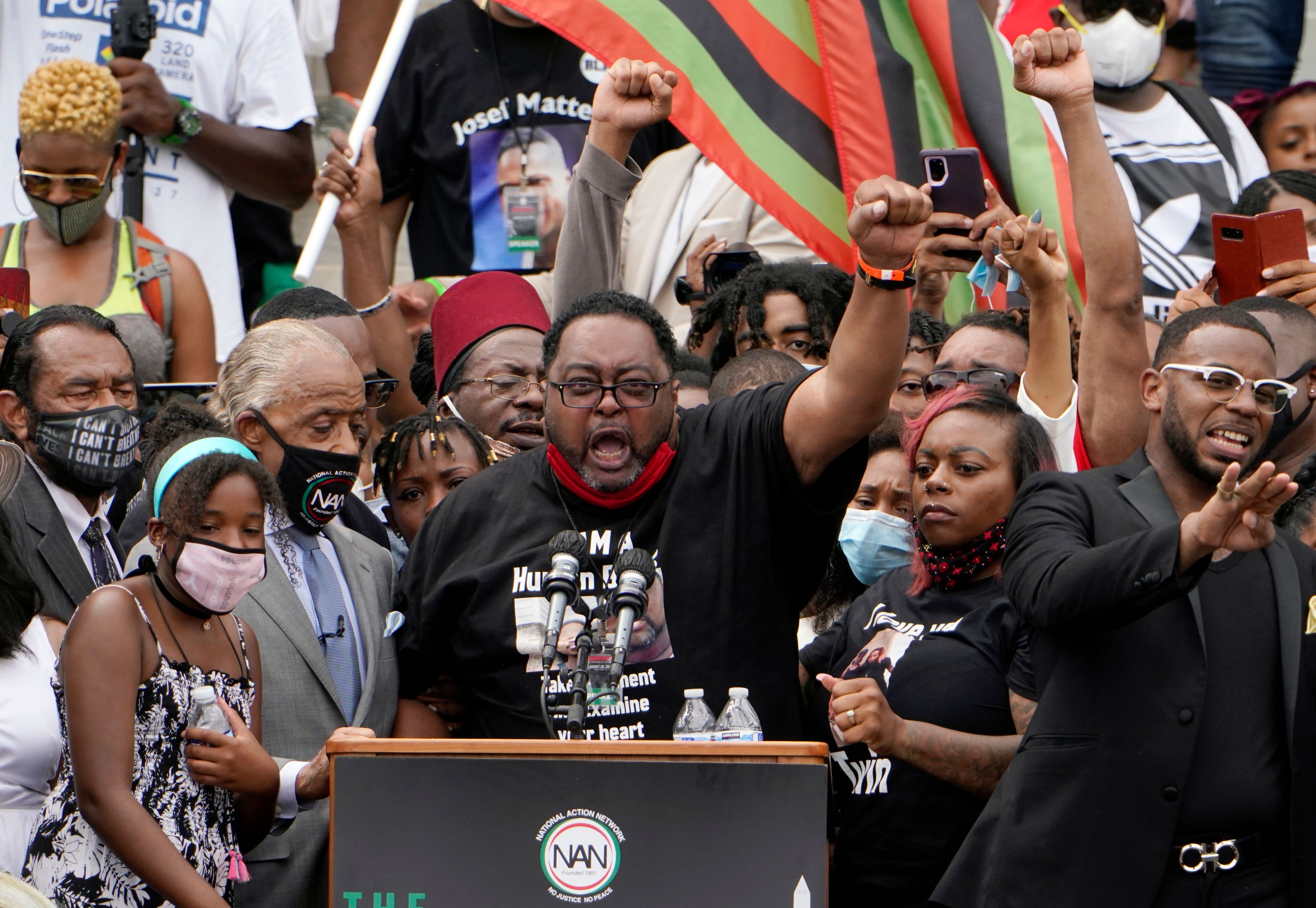 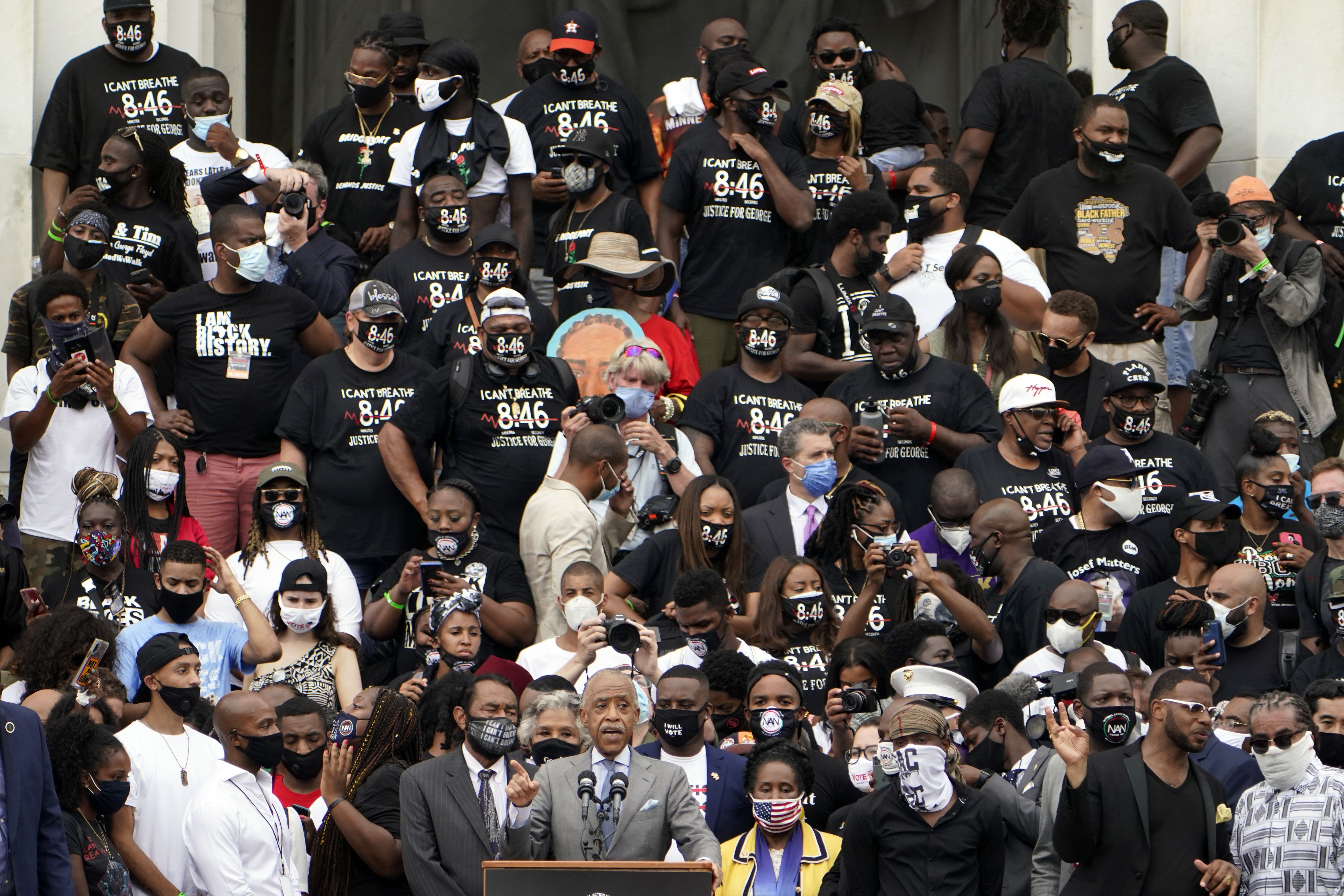 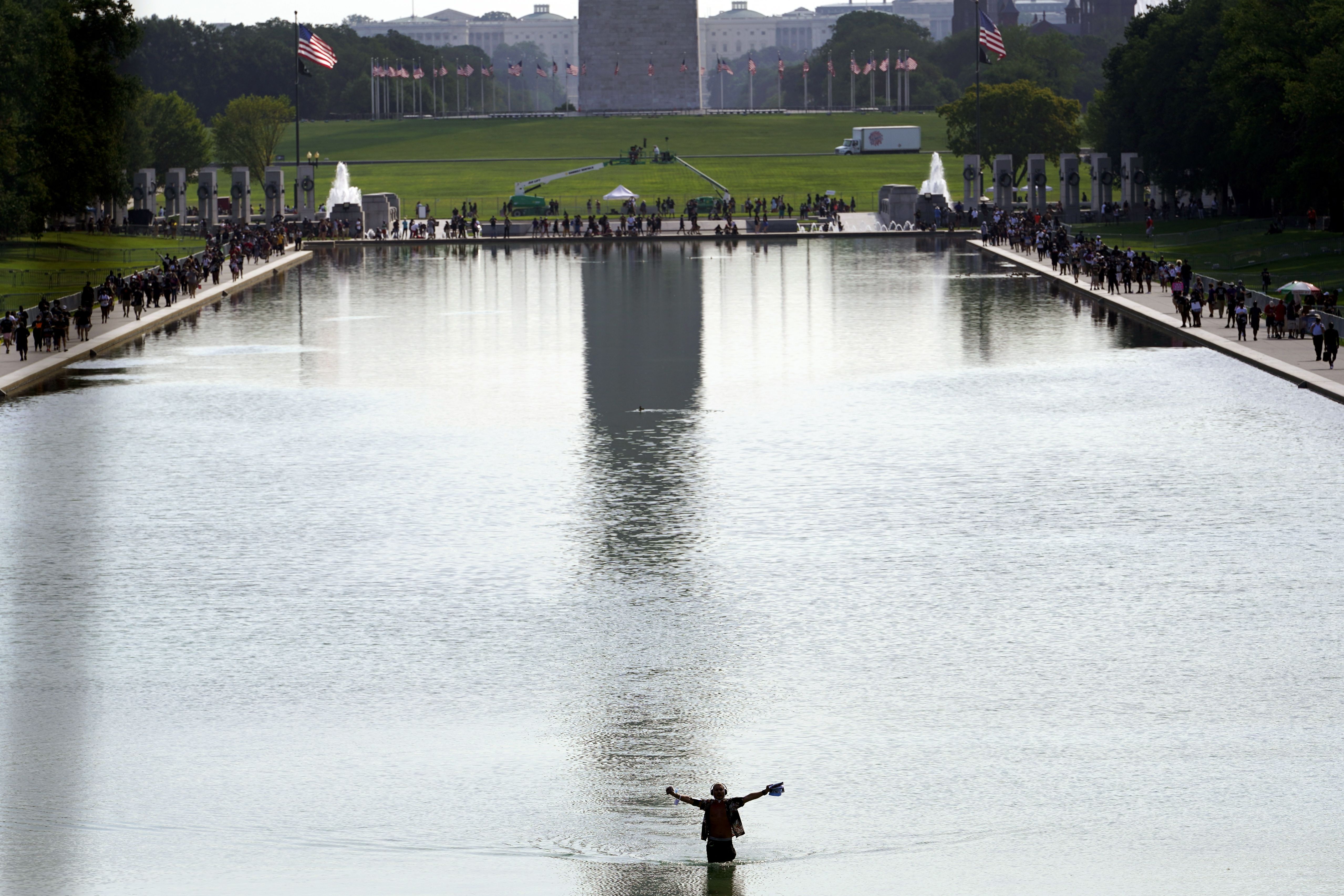 A man walks in the Reflecting Pool. Photo: Jacquelyn Martin/POOL/AFP via Getty Images 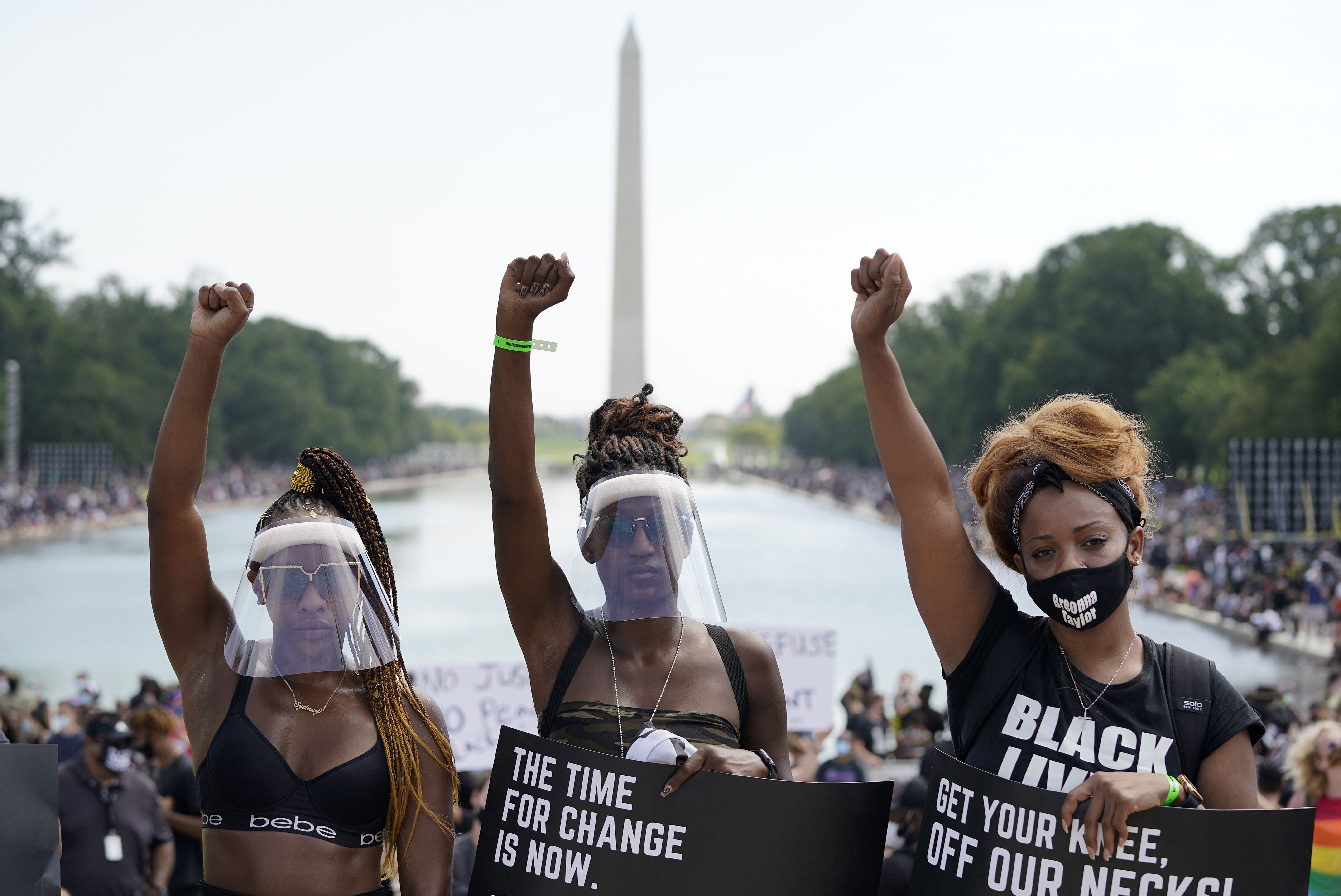 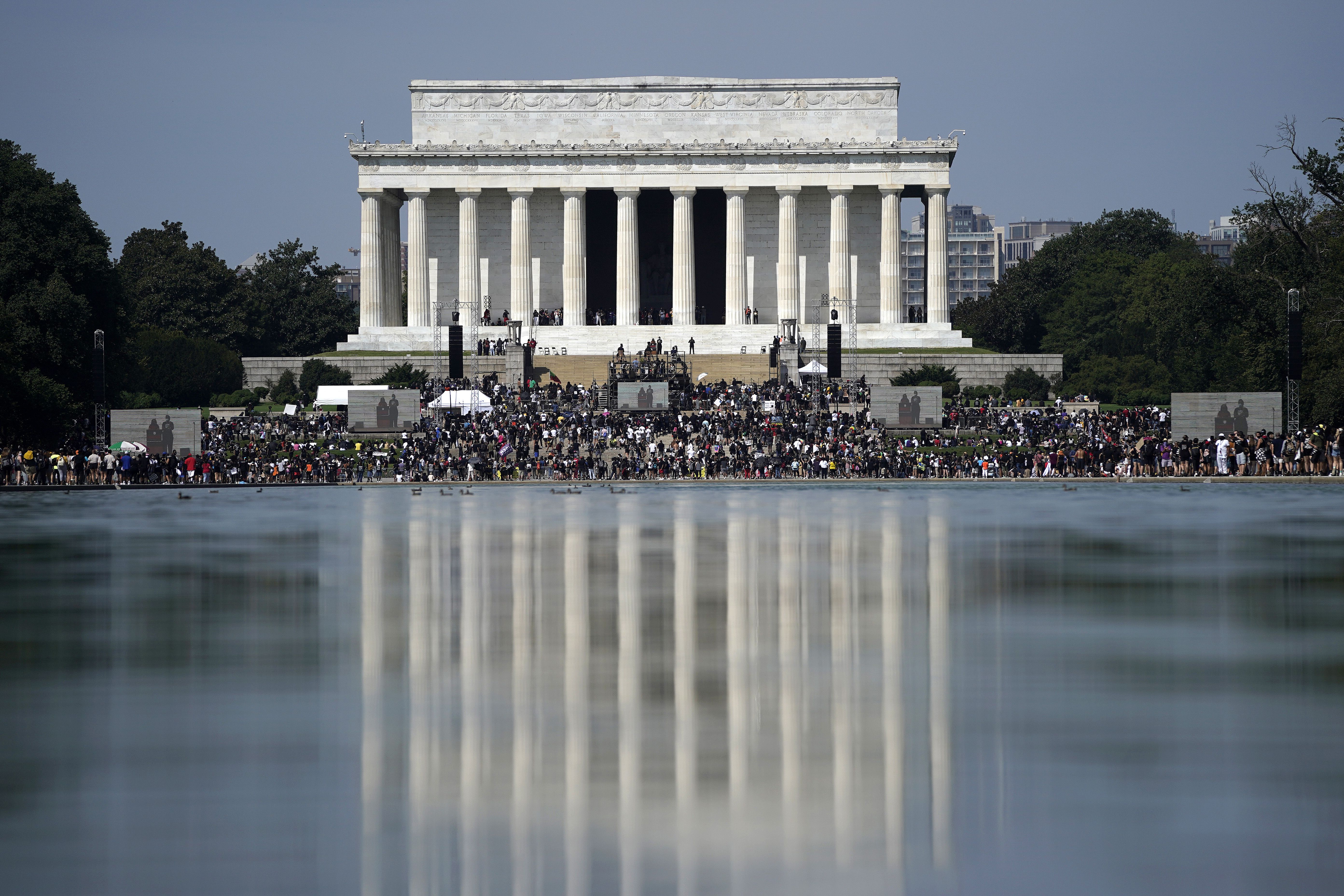