Join the 47,655 people who've taken action on Causes this week

This story was co-published with the Anchorage Daily News, a member of the ProPublica Local Reporting Network.

Alaska Attorney General Kevin Clarkson resigned Tuesday following the publication of an Anchorage Daily News and ProPublica investigation showing he sent hundreds of text messages to a younger state employee that Clarkson acknowledged had made her uncomfortable.

Records obtained by the newsrooms found Clarkson sent at least 558 text messages between March 5 and March 31 to a woman whose job required she sometimes interact with the attorney general. In at least 18 messages he invited the woman to come to his home.

Gov. Mike Dunleavy, a Republican, said in an email Tuesday that he had accepted Clarkson’s resignation.

“This administration has and always will expect the highest level of professional conduct in the workplace,” a statement from Dunleavy said. “There is nothing more important than the protection of our state employees, and that includes feeling safe when an employee is at work.

“Kevin Clarkson has admitted to conduct in the workplace that did not live up to our high expectations, and this is deeply disappointing. This morning he took responsibility for the unintentional consequences of his actions and tendered his resignation to me. I have accepted it.

“State law provides guidelines and protections for all state employees including confidentiality on personnel matters. The Governor’s office is bound by and conforms to those laws. My administration will continue to insist upon professional conduct from all our employees, regardless of their position in state government.”

While Clarkson’s resignation came within hours of the story’s publication, it came more than two months after the news organizations began asking questions and requesting records about his text messages.

The newsrooms learned of Clarkson’s behavior in June and first requested copies of the messages from the Department of Law — which he oversees — on June 4. In a June 19 response, the Law Department said the state “has no records.”

The Daily News and ProPublica have sent multiple requests since then. This month, in response to a records request, the Department of Law shared an email that had been sent to employees in its civil division that said the attorney general was on leave for the month of August and that his authority had been delegated to another lawyer in the office. On Friday, the department confirmed that Clarkson was on unpaid leave and that none of his three predecessors had been off for the length of time he had been.

Given repeated opportunities to comment, the governor’s office has declined to answer questions about when Dunleavy learned of the behavior and what actions were taken between the discovery of the messages and Clarkson’s leave of absence, which began Aug. 1. On Monday, it cited employee privacy, and Dunleavy’s statement on Tuesday reiterated that.

Earlier this month, Dunleavy spokesman Jeff Turner said Clarkson was expected to return to work Sept. 1 and declined to say if the attorney general was on paid or unpaid leave, citing personnel rules.

Clarkson has not responded to repeated interview requests, but he sent a statement to the conservative blog Must Read Alaska on Monday night acknowledging errors in judgment and apologizing for “placing a State employee in an uncomfortable environment in her workplace.”

Within two hours of the publication of the investigation on Tuesday, Dunleavy announced the attorney general had resigned.

In his resignation letter, provided by the governor’s office, Clarkson said there was “nothing remotely salacious” about his texts. “I believed we had a positive friendship borne of mutual respect and interests,” he said of the woman. “What I failed to recognize is the impact that these interactions had on this person, due to the disparity in our workplace rank.” 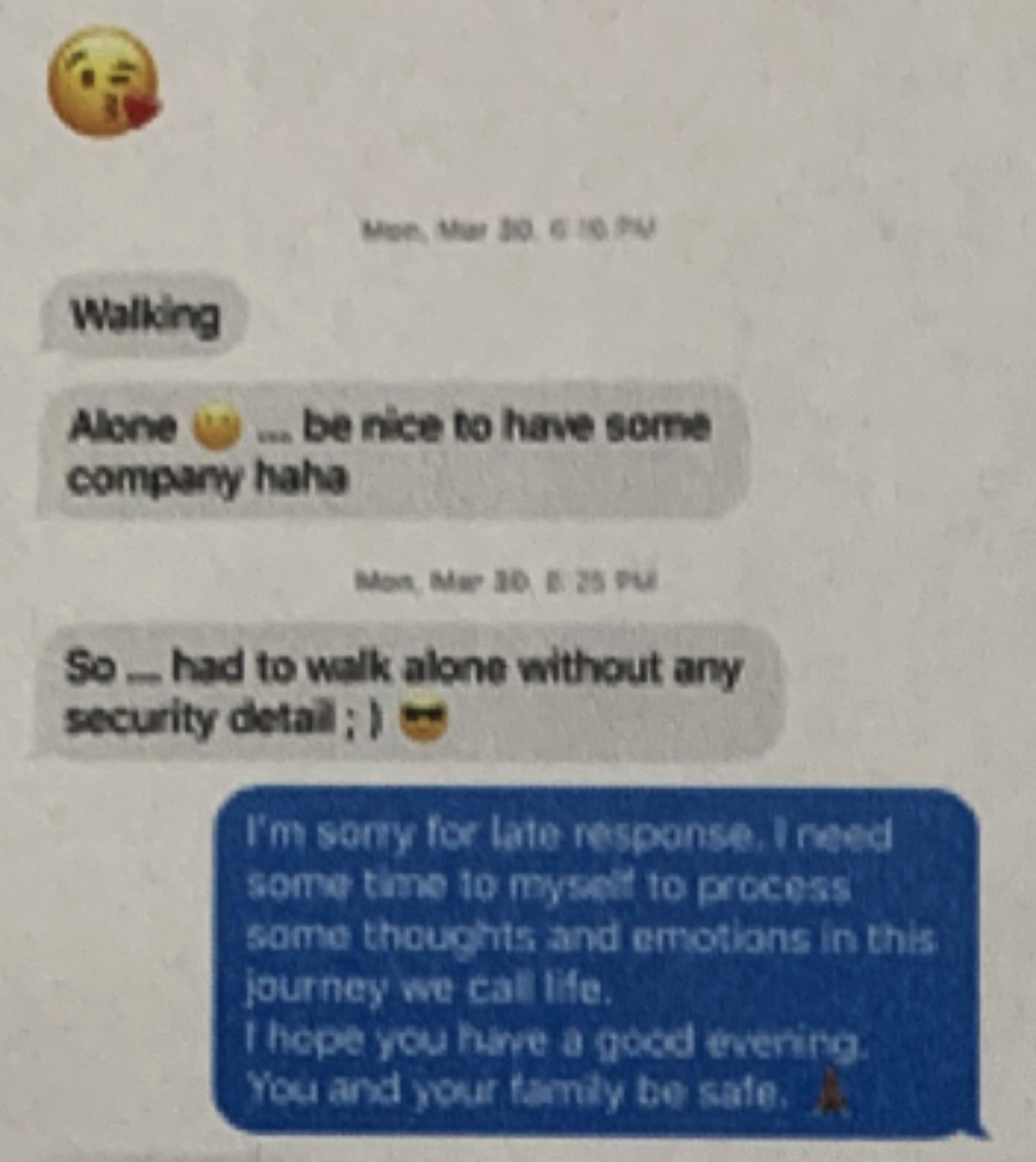 A text message between Clarkson and a junior state employee. Obtained by ProPublica and the Anchorage Daily News.

Under state and federal law it is illegal to create a hostile work environment for a fellow employee through unwanted and persistent behavior. In early April, the woman sent Clarkson a text asking him to stop messaging her personal phone.

In the resignation letter, Clarkson apologized to Dunleavy, who appointed him in late 2018. “I wish to create no unnecessary distractions for you or your administration,” he wrote.

Clarkson has been seen as a crusader for conservative positions on same-sex marraige and abortion.

In its article Tuesday, the Daily News and ProPublica report also noted two restraining order applications made by Clarkson’s estranged wife in the 1990s. One was granted. The governor’s office declined to answer questions about whether the governor was aware of them when he nominated Clarkson to his position in late 2018. The allegations did not come up publicly during Clarkson’s confirmation hearings last year.

This year, Dunleavy sent a letter to President Donald Trump asking for help to secure visas for Clarkson’s wife and stepson to leave Colombia and come to Alaska. He cited Clarkson’s work and his commitment to family. It is unclear what became of the request.