Private Border Wall Fundraisers Have Been Arrested on Fraud Charges

Join the 47,229 people who've taken action on Causes this week

This article is co-published with The Texas Tribune, a nonprofit, nonpartisan local newsroom that informs and engages with Texans. Sign up for The Brief weekly to get up to speed on their essential coverage of Texas issues.

When we asked Brian Kolfage last month to explain how his group We Build the Wall had spent the $25 million it had raised, plus address concerns of corruption when the private sector takes over the building of border walls, he scoffed.

“How is there corruption?” Kolfage, a decorated Iraq War veteran, told ProPublica and The Texas Tribune. “It’s privatized. It’s not federal money.”

As to the money, he said those details would come in the fall when the nonprofit filed the required tax forms.

On Thursday, federal prosecutors indicted Kolfage; We Build the Wall board member Steve Bannon, the former adviser to President Donald Trump; and two others involved in the nonprofit, charging that they looted the charity for personal gain.

Acting U.S. Attorney Audrey Strauss said they falsely told donors that all the money raised by the group would go toward construction but then directed a sizable chunk to themselves.

“While repeatedly assuring donors that Brian Kolfage, 38, the founder and public face of We Build the Wall, would not be paid a cent, the defendants secretly schemed to pass hundreds of thousands of dollars to Kolfage, which he used to fund his lavish lifestyle,” she added in a news release.

More than $350,000 was allegedly routed to Kolfage, which he spent on, among other things, home renovations, a triple-engined outboard boat and a luxury SUV. Bannon, 66, through an unnamed nonprofit, received more than $1 million, according to the indictment. The other two charged are Andrew Badolato, a venture capitalist, and Timothy Shea, who is married to We Build The Wall’s chief financial officer. Bannon pleaded not guilty in federal court on Thursday. 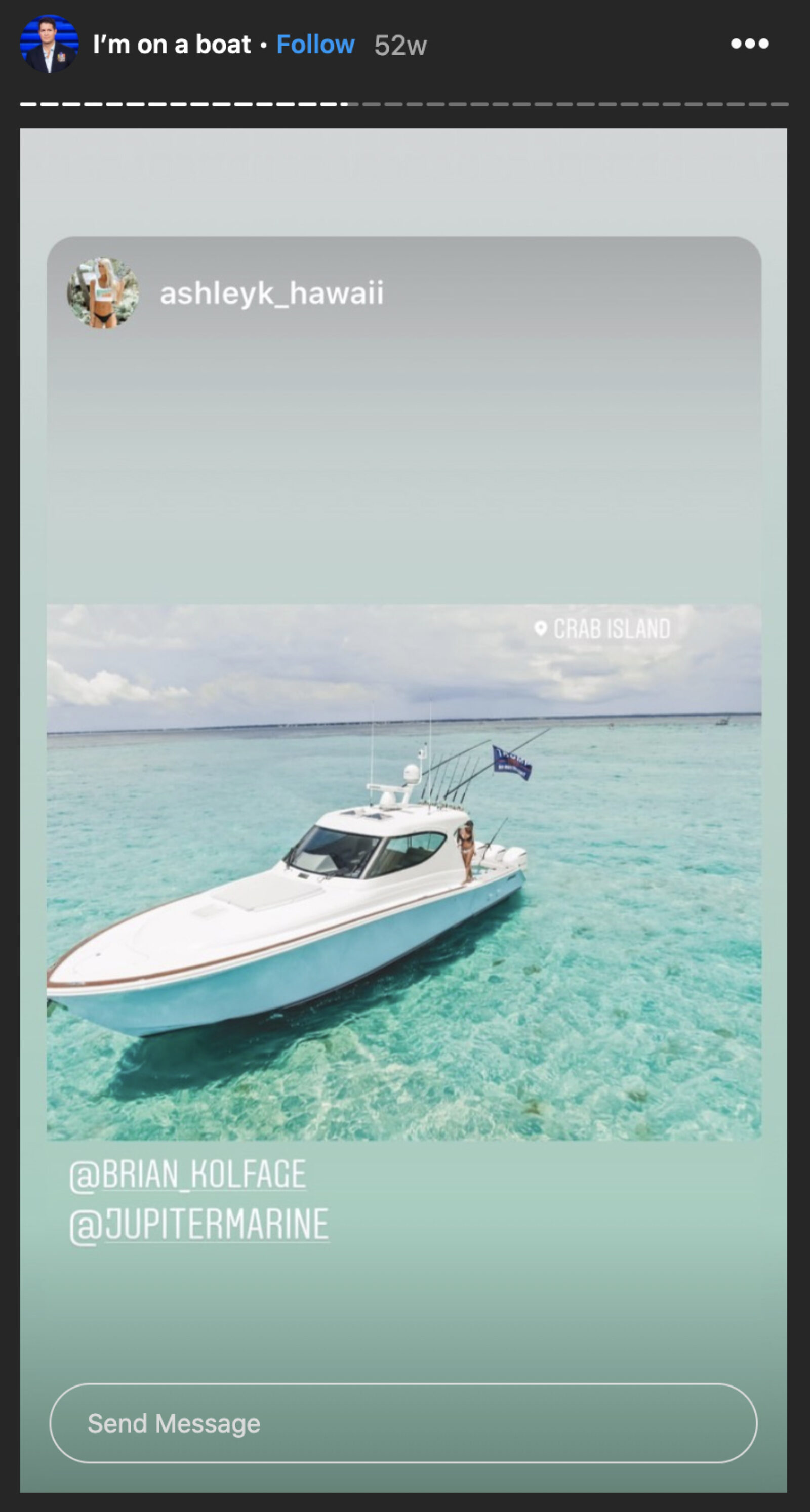 We Build the Wall is an influential conservative nonprofit whose board members include immigration hard-liners such as former Colorado congressman Tom Tancredo, former Milwaukee County Sheriff David Clarke and former Kansas Secretary of State Kris Kobach. The group solicited donations to help Trump fulfill his campaign promise of building a wall along the southern border.

So far the group, working with construction firm Fisher Industries, has funded the building of one stretch of border fence near El Paso, Texas, and contributed 5% of the money to build Fisher’s $42 million fence along the banks of the Rio Grande south of Mission, Texas.

A ProPublica-Tribune investigation found that the Rio Grande Valley project suffered from major erosion just months after it was finished. Engineers warned that could result in the fence toppling into the river if not fixed. Fisher Industries’ CEO has dismissed the concerns and said that he will fix any problems.

Trump, citing the investigation, raised eyebrows last month when he tweeted that he “disagreed” with building the South Texas fence in what he called a tricky area, and he claimed the project had been done to make him look bad “by a private group which raised money by ads.”

On Thursday, Trump continued to distance himself from We Build the Wall, telling reporters that he thought “it was done for showboating reasons” and that he didn’t know that Bannon was linked to the group. A spokesperson told Fox News that Trump did not know the people involved with the project.

Despite the denials, there are connections between Trump, his administration and family, and We Build the Wall’s projects.

Acting Homeland Security Secretary Chad Wolf called the project a “game changer” that he “welcomed” in a visit he made to the group’s first wall project in Sunland Park, New Mexico, in November.

“What you’re doing is pretty amazing,” he told Kolfage in a YouTube video. “It started with a grassroots effort and is doing some wonderful things.”

And in December, Kolfage claimed to have a back channel to the administration through Bannon and Kobach, the group’s general counsel, who he said was keeping Trump informed about what We Build the Wall was doing.

“We’ve gotten the support of the president firsthand, we’ve had people to meet with the president who have informed him directly of what’s going on, and President Trump loves what we are doing,” he told Gateway Pundit, a far-right news and opinion website, in a video interview that has since been removed from the site.

Last summer, Amanda Shea, We Build the Wall’s chief financial officer and wife of Timothy Shea, tweeted, “Had the pleasure of meeting with \@realDonaldTrump personally last week in the Hamptons, answered very specific questions about the wall \@WeBuildTheWall built. He said I really know my stuff & our group needs to bid the whole wall project.”

Trump’s administration has also awarded Tommy Fisher, CEO of Fisher Industries, about $2 billion worth of federal contracts to build segments of the border wall for the government — at least two of them while a federal audit over concerns of “inappropriate influence” by the president is pending.

Rep. Bennie Thompson, D-Miss., who called for the review, said it’s not surprising Bannon and the others were indicted given the lack of oversight of border wall construction projects on private land.

“Even more suspect is that the company that helped build the disastrous ‘We Build the Wall’ fence, Fisher sand and Gravel, is the same company President Trump is constantly endorsing,” he wrote. “Since this company has received billions in federal contracts and is currently under investigation by the DoD Inspector General, it is imperative that the U.S. Attorney’s Office also look into whether there was any further impropriety.”

Neither Fisher nor Kolfage immediately responded to requests for comment about the indictment Thursday. An attorney for Fisher Industries said that the firm’s collaboration with We Build the Wall was limited to the completed projects in New Mexico and Texas.

Kolfage told Bannon the millions raised by the group go directly to construction. “We use those funds to build border walls,” he said. “It’s something that simple.”

He also claimed that the Department of Homeland Security had given his group “a list of border wall projects where they want us to plug little holes. … That’s what we are going to continue doing ... plugging these holes until our border security is taken care of.”

Fisher and Kolfage have both claimed to be in touch with Texas landowners over hundreds of miles of riverfront property but have declined to name specific locations.

“We are pleased to see our hard work paying off and being recognized as making a difference, especially after everyone told me it would be impossible to do when I first started this,” Kolfage told ProPublica and the Tribune last month.

In 2018, Kolfage initially sought to give the money he raised online to the federal government, but then the group pivoted to directly funding private-sector construction of border walls.

The indictment is not the only legal trouble for the organization. We Build the Wall and Kolfage are also being sued for defamation by the National Butterfly Center. During construction in New Mexico and Texas, Kolfage and his followers directed their social media ire at opponents of the wall, including the executive director of the nature center adjacent to the recently built private border fence along the Rio Grande.

“Part of their fundraising scheme was to build as near as possible to us and villainize our organization and me personally,” Marianna Treviño-Wright said. “They painted us as cartel operatives, as benefiting from illegal activity and called me a human trafficker, to deliberately advance their fundraising goals.”

If you have donated to We Build the Wall, we want to hear from you, please contact us at perla.trevizo@propublica.org or jeremy.schwartz@propublica.org.

Got Information About Border Wall Contracts?

Do you work for a company that has received a border wall contract or a government agency that oversees such contracts or is involved in eminent domain efforts? We’d like to hear from you. We’re happy to talk on background at first. Please provide your name and contact information below, or send us a message on Signal at 512-574-4823.