Join the 28,162 people who've taken action on Causes this week

The context, from the Atlanta Journal-Constitution: "The shooting further inflamed tensions over police use of force and racial injustice." The death was the 48th officer-involved shooting the Georgia Bureau of Investigation has been asked to investigate this year, per the AJC.

Mayor Keisha Lance Bottoms called for the officer's immediate firing: "I do not believe that this was a justified use of deadly force."

The Wendy's turned into an inferno last night, live on cable news.

What happened ... Police went to Wendy’s at about 10:30 p.m. Friday, after a complaint about a man sleeping in a car blocking the drive-thru, the AJC reports: 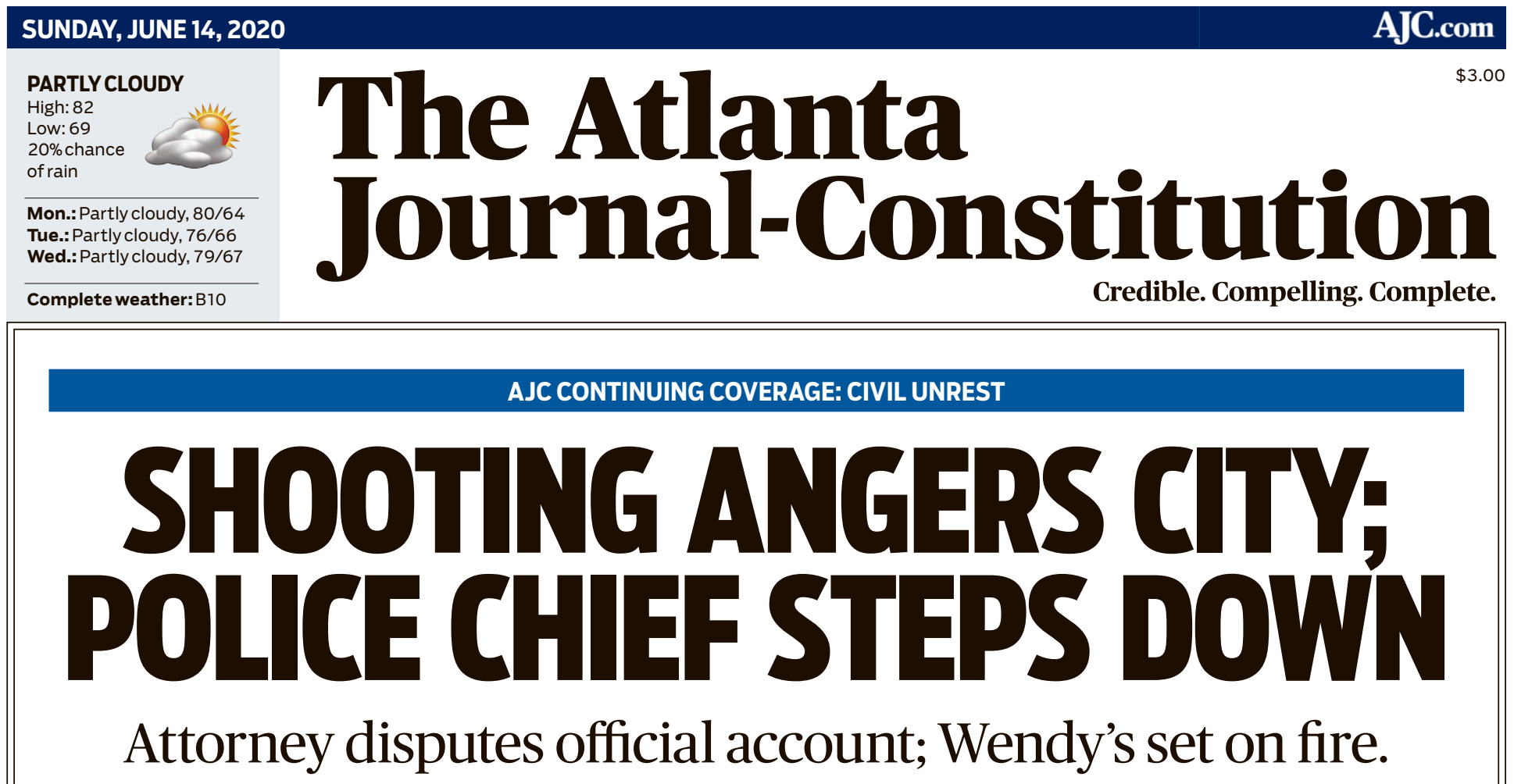