Do you think the primary calendar should be reordered so that more diverse states vote sooner?

The 2020 Democratic presidential primary is heating up and with the competitive contests in Iowa and New Hampshire in the rear view mirror, attention now turns to Nevada and South Carolina ― states which some Democrats believe should go to the polls sooner in the process. The upcoming pair of states have very different demographic makeups than their predecessors in the election calendar, as this infographic from our friends at USAFacts shows using data from the Census Bureau: 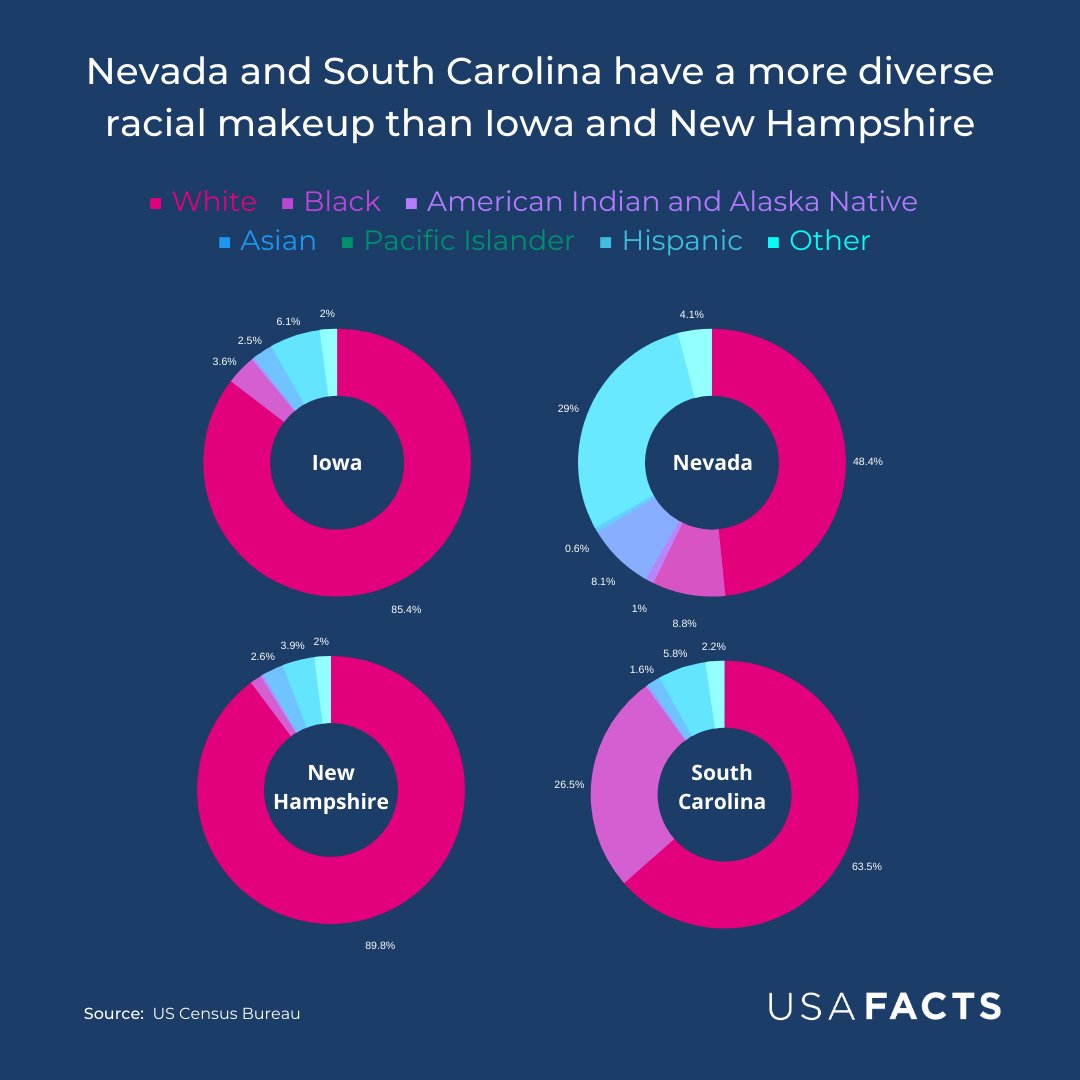 What about other states?