Gallup: Americans’ Satisfaction With the Country’s Direction at Highest Point Since 2005 - Do You Agree?

How do you feel about the direction of the country on a scale of 1 (very satisfied) to 5 (very dissatisfied)?

A little more than three years have passed since the inauguration of President Donald Trump, and public opinion polling conducted by Gallup found that Americans’ level of satisfaction with eight key issues had increased substantially since he took the oath office in January 2017 ― while satisfaction dropped noticeably for three others.

Those 11 issues are among the 27 that Gallup has consistently gauged Americans’ sentiment on dating back to 2001. Taken as an overall average, Americans’ satisfaction with the direction of the country in 2020 is at 47% ― up from 44% three years ago and at its highest level since 2005.

Here’s a look at the issues Gallup tracked and the results of how Americans’ level of satisfaction with them has changed since 2017: 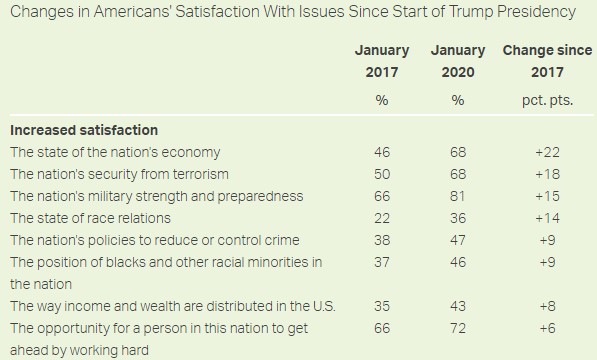 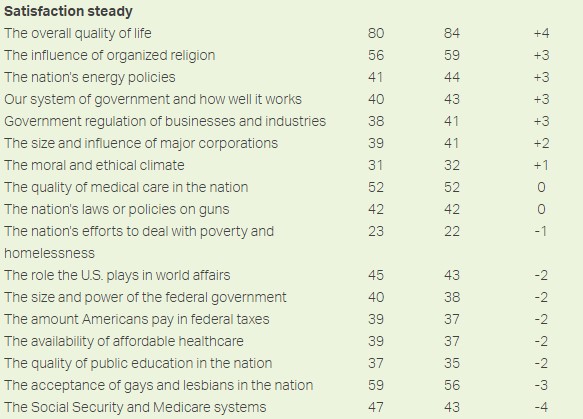 What do you think of the poll’s findings? Do any of the issues that saw an increase or decrease in satisfaction surprise you? What policies (if any) should the government pursue in response to these findings? Add your voice below!