How do you feel about the state of immigration in America?

The Dept. of Homeland Security (DHS) recently released its 2018 Yearbook of Immigration Statistics, which includes data on the number of people granted “green cards”, admitted as asylees or refugees, and immigration enforcement actions. Our friends at USAFacts have visualized the immigration data with some useful graphics, so let’s take a look at the numbers. 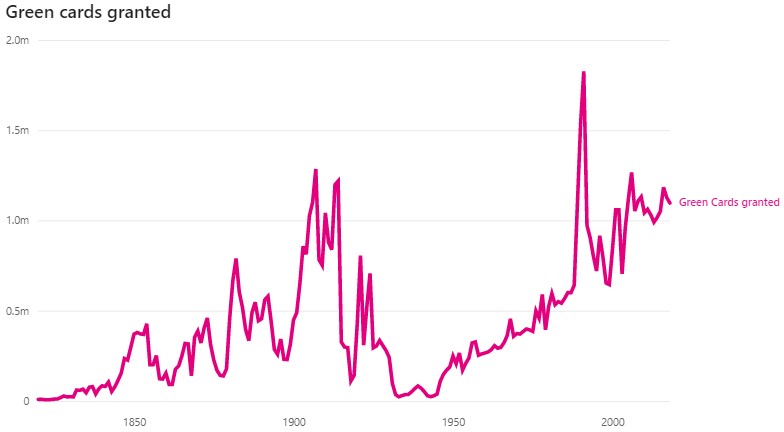 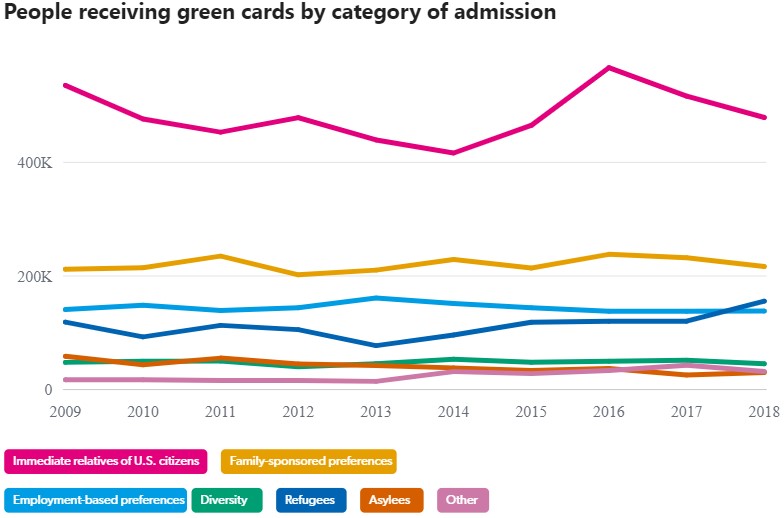 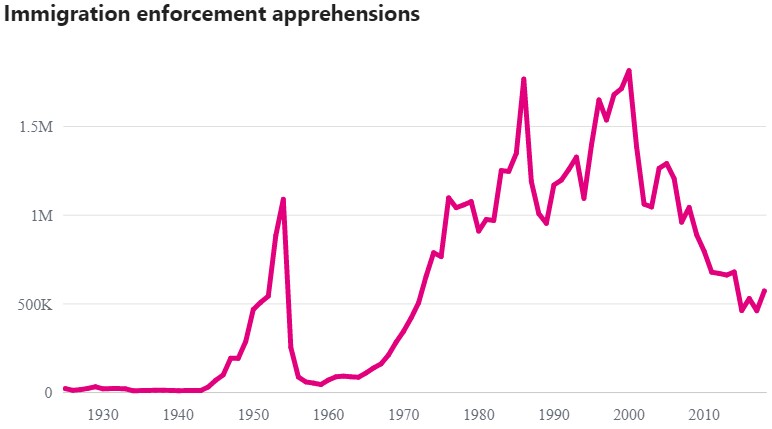 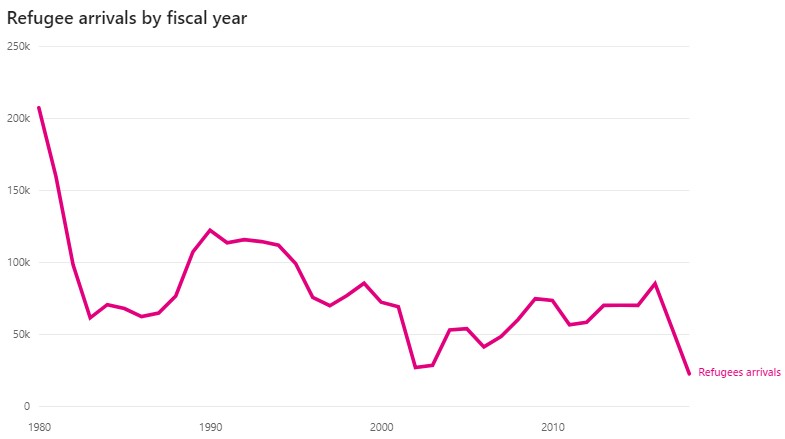 The number of refugees admitted from several countries dropped substantially between 2017 and 2018: