Women Outnumber Men in the U.S. Workforce for First Time in Nearly a Decade

How do you feel about opportunities for women in the workforce?

After nearly a decade representing a narrow minority of the workforce, women held more than half of all full- or part-time jobs on U.S. payrolls in December 2019. Women last outnumbered men on the monthly payroll data released by the Bureau of Labor Statistics (BLS) from June 2009 to April 2010.

The below chart from USAFacts compares the number of women and men on monthly payrolls in the U.S. dating back to 1964. The smallest share of the workforce that women have represented over the last decade occurred in August 2014, when they were 49.3% of all payroll employees. In December 2019, there were 76,246,000 women on U.S. payrolls ― outnumbering men by 109,000 workers and representing 50.04% of the workforce: 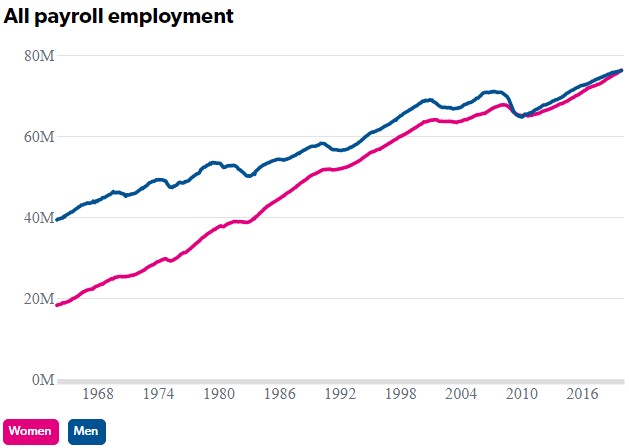 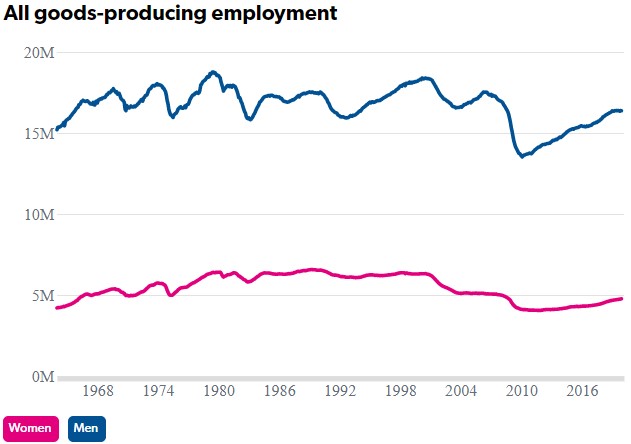 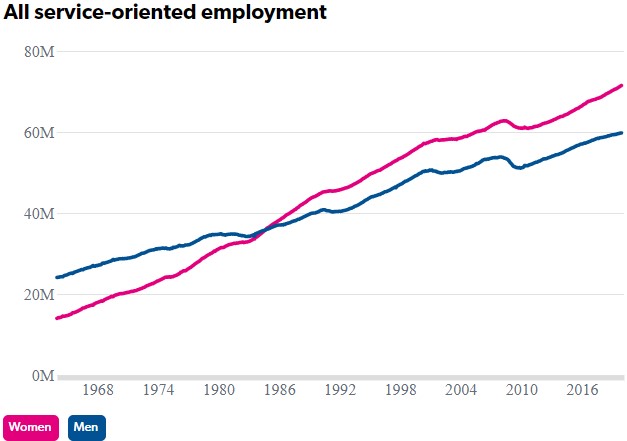 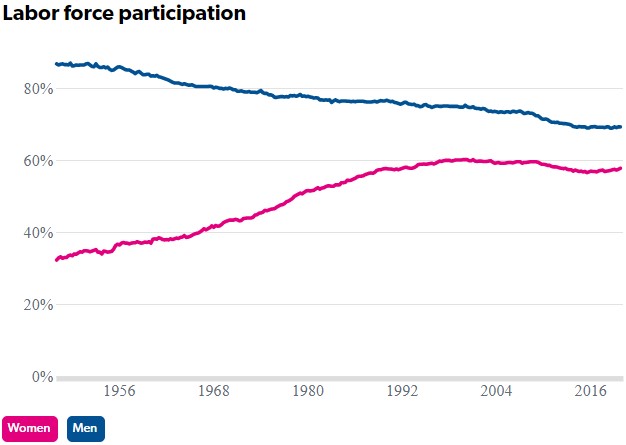