How is the Unemployment Rate Measured?

How do you feel about the current unemployment rate?

America’s unemployment rate returned to a 50-year low of 3.5% in November after the economy added 266,000 jobs and the strikes by auto workers that caused a slight uptick in October were resolved. To help eliminate some of the confusion around the various unemployment-related metrics tracked by the federal government, we’ll break down the number and how they’re reached below.

What is the unemployment rate?

There are several different unemployment rates used by the Bureau of Labor Statistics (BLS) to offer insights into the state of the U.S. labor force, but the official unemployment rate that is most commonly reported is known as the U-3 unemployment rate. It’s calculated by taking the total number of unemployed people who are actively looking for work and dividing that number by the total civilian labor force, then multiplying it by 100 to make it a percentage. 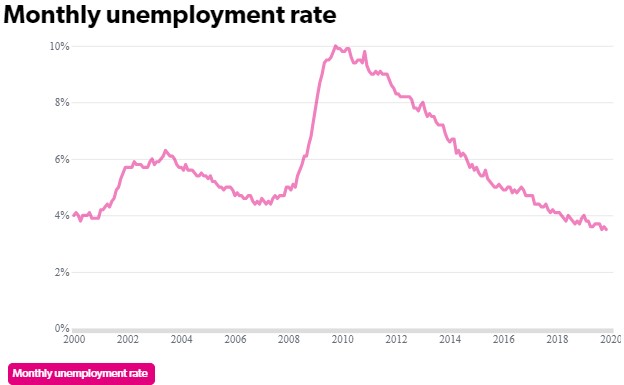 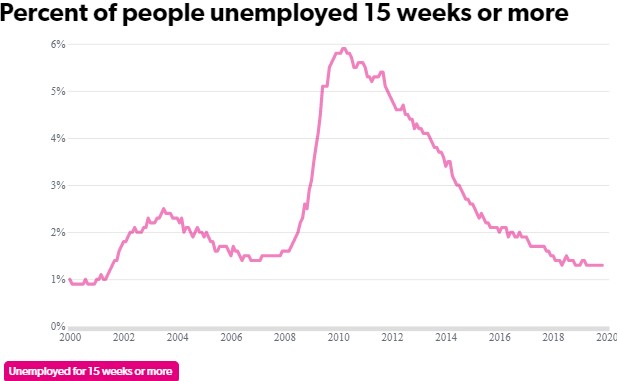 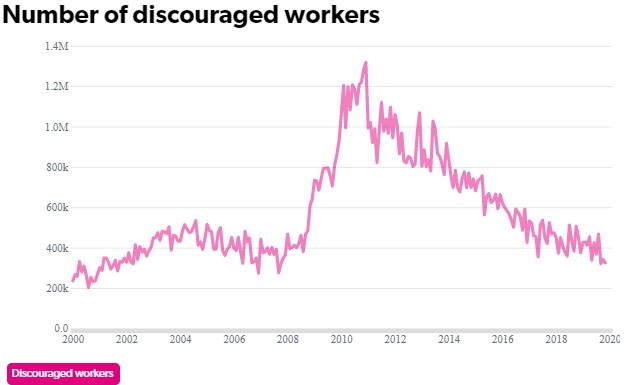 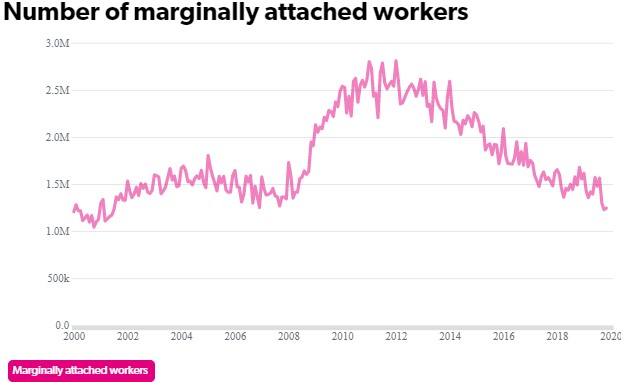 Additionally, the BLS monitors the number of “underemployed” workers who are working part-time involuntarily, because either their hours were reduced or because part-time work is all they could find. In November 2019, there were 4,322,000 involuntarily part-time workers, a level that’s about on par with the monthly average throughout the year and the lowest the figure has been at since 2007: 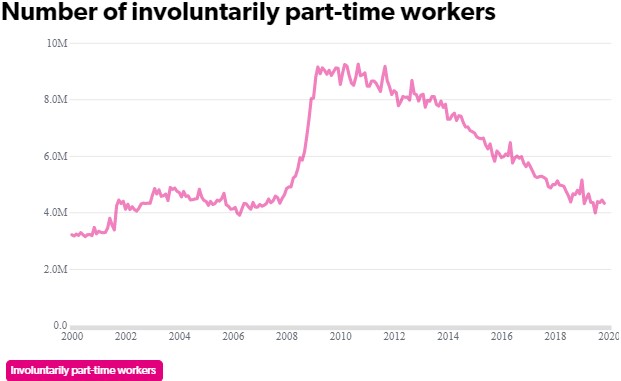 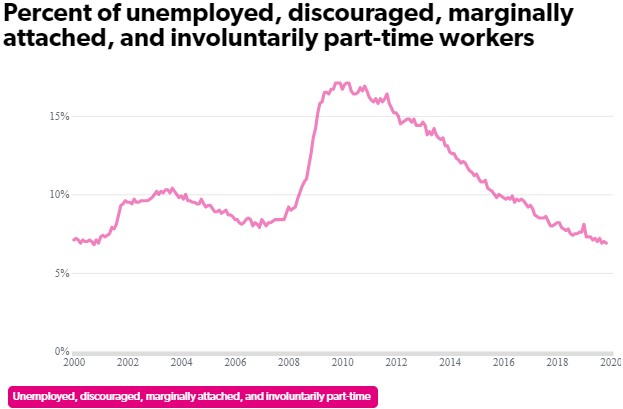