Wildfires Becoming Increasingly Destructive ― Where Do They Occur Most Often?

Does Congress need to do more to combat wildfires?

How often do wildfires occur?

The National Interagency Fire Center (NIFC) defines a wildfire as any “unplanned” or “unwanted” fire that ignites in an undeveloped location. This chart from USAFacts shows the number of wildfires that occurred each year since 1983: 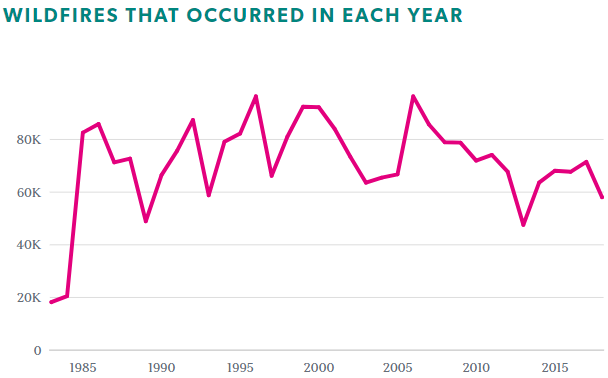 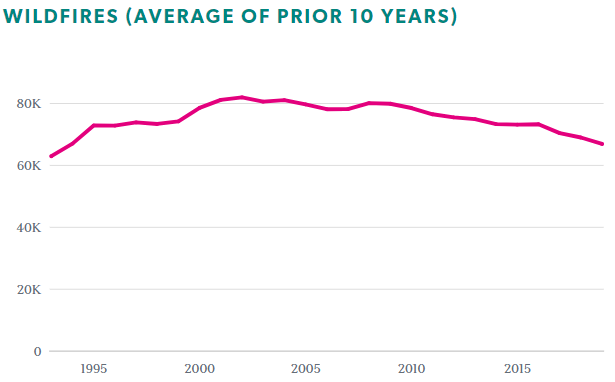 How big do wildfires get?

From 1983 to 1992, the average wildfire burned 43 acres of land, but that figure grew to 104 acres for the 2009 to 2018 period. These charts illustrate that while the number of wildfires has declined, the amount of acres burned has increased: 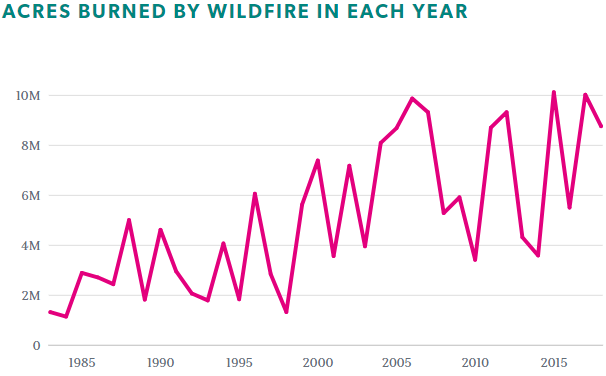 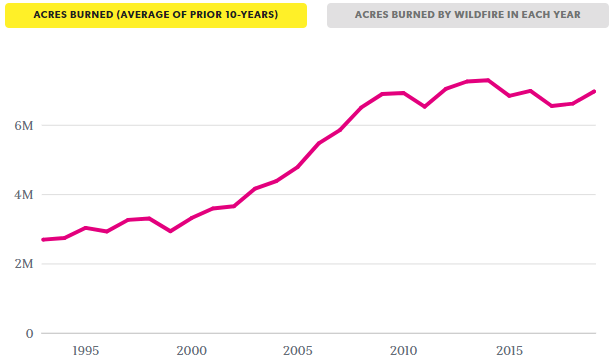 Where do most wildfires occur? 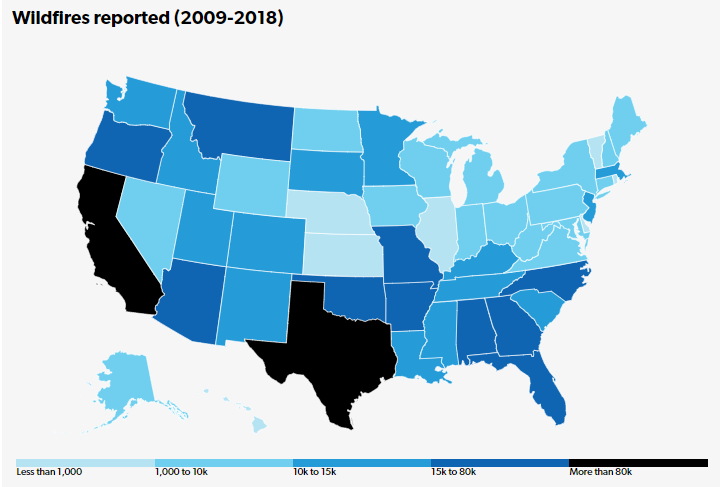 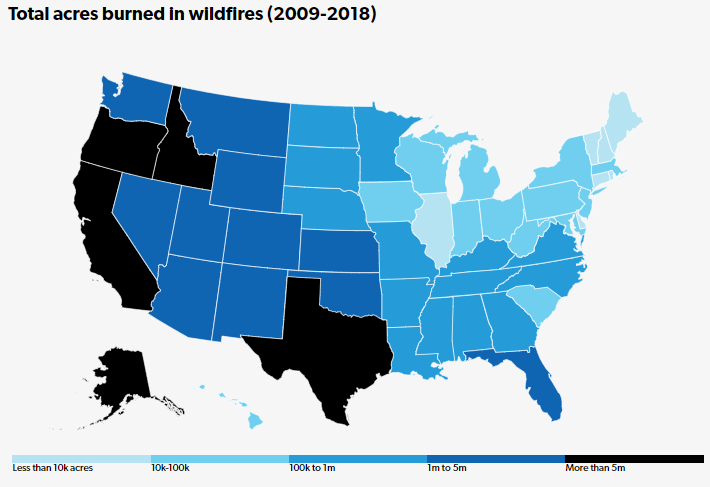 While most wildfires are human-caused, lightning-based wildfires burned more acres from 2005 to 2018 as these USAFacts charts show: 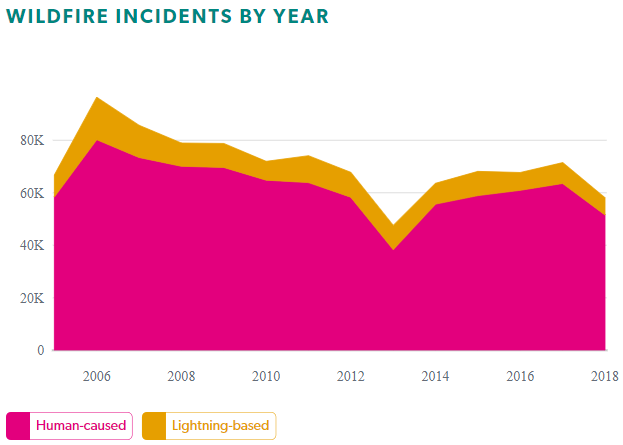 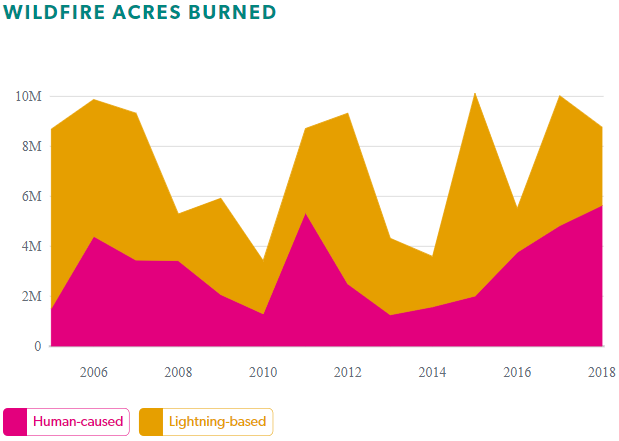