Join the 46,380 people who've taken action on Causes this week 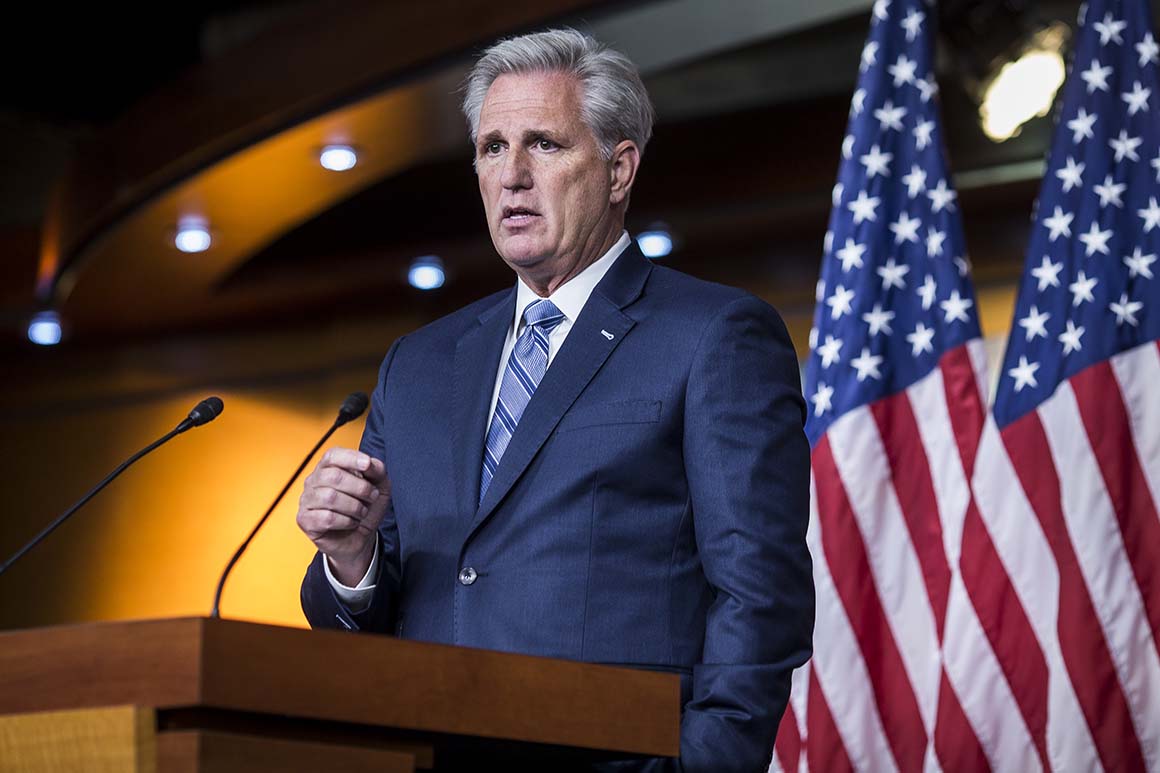 House Republicans are scrambling to hash out a unified strategy to defend President Donald Trump as the GOP struggles to respond to the rapidly-moving impeachment probe.

With Democrats aggressively pushing ahead with their impeachment inquiry, House Minority Leader Kevin McCarthy (R-Calif.) convened a conference call on Monday afternoon where he urged members of his leadership team and GOP committee leaders to get on the same messaging page, according to multiple lawmakers and aides.

McCarthy implored his troops to stay focused on communicating that there is nothing that rises to the level of impeachment in the president’s July phone call with Ukraine, when Trump urged the Ukrainian president to investigate the Biden family.

“There was an attempt to get everyone on a unified message,” said one Republican lawmaker who was on the call.

The House GOP is Trump’s first line of defense against impeachment, and the president has been in close contact with his top allies on Capitol Hill since Speaker Nancy Pelosi officially launched an impeachment inquiry last Tuesday.

But the party has more broadly faced some messaging stumbles over the last week, fueling anxiety among Republicans that they don’t have a clear vision to guard against impeachment.

Rep. Mark Amodei of Nevada kicked up a firestorm last Friday when he appeared to become the first Republican to back an impeachment probe. Amodei later clarified that he doesn’t support impeachment and was merely voicing support for the oversight process, but the messy episode sparked concern in the GOP conference that members weren’t being given adequate guidance on how to deal with the rapidly unfolding impeachment probe, according to one member who brought those concerns to leadership.

While no one brought up Amodei during Monday’s call, members raised other messaging challenges, according to the members and aides on the call.

“We need to help members with how to deal with this, because it’s not going to get any easier,” the Republican lawmaker said.

And during a high-profile interview with CBS’s “60 minutes,” McCarthy — a top Trump ally — initially struggled to answer a question about what the president’s defense will be on impeachment, causing some grumbling among Republican lawmakers and aides. McCarthy did, however, drive home the point that there was no evidence of wrongdoing in the call.

“Television appearances are not McCarthy’s strong suit,” said one rank-and-file GOP lawmaker, who was granted anonymity to speak more freely.

Immediately after a rough transcript of the call was released, the GOP seized on the fact that there was no explicit mention of the foreign aid to Ukraine that was being held up at the time.

But the messaging missteps aren’t limited to Capitol Hill. The White House, which hasn’t set up an impeachment war room, accidentally sent a list of talking points to Democratic offices on Capitol Hill last week.

And Trump’s personal lawyer Rudy Giuliani has given a string of combative and bizarre TV interviews, which some Republicans say are actually hurting Trump — and Democrats even cited some of those TV appearances in their subpoena for Ukraine documents.

Part of the challenge for Republicans is that Democrats are moving forward quickly with their impeachment probe, even working over the two-week recess. And new damning details about Trump’s communications with foreign leaders kept popping up over the weekend, forcing Republicans to play whack-a-mole and complicating their messaging strategy just ahead of the Sunday news shows where a number of GOP lawmakers and White House officials struggled to defend the president.

Some Republicans, however, say they need to be equipped with more than just talking points. They want GOP leaders to tap a group of members from the relevant investigative committees to lead Trump’s defense strategy on Capitol Hill.

John Bresnahan contributed to this story.