Join the 37,099 people who've taken action on Causes this week 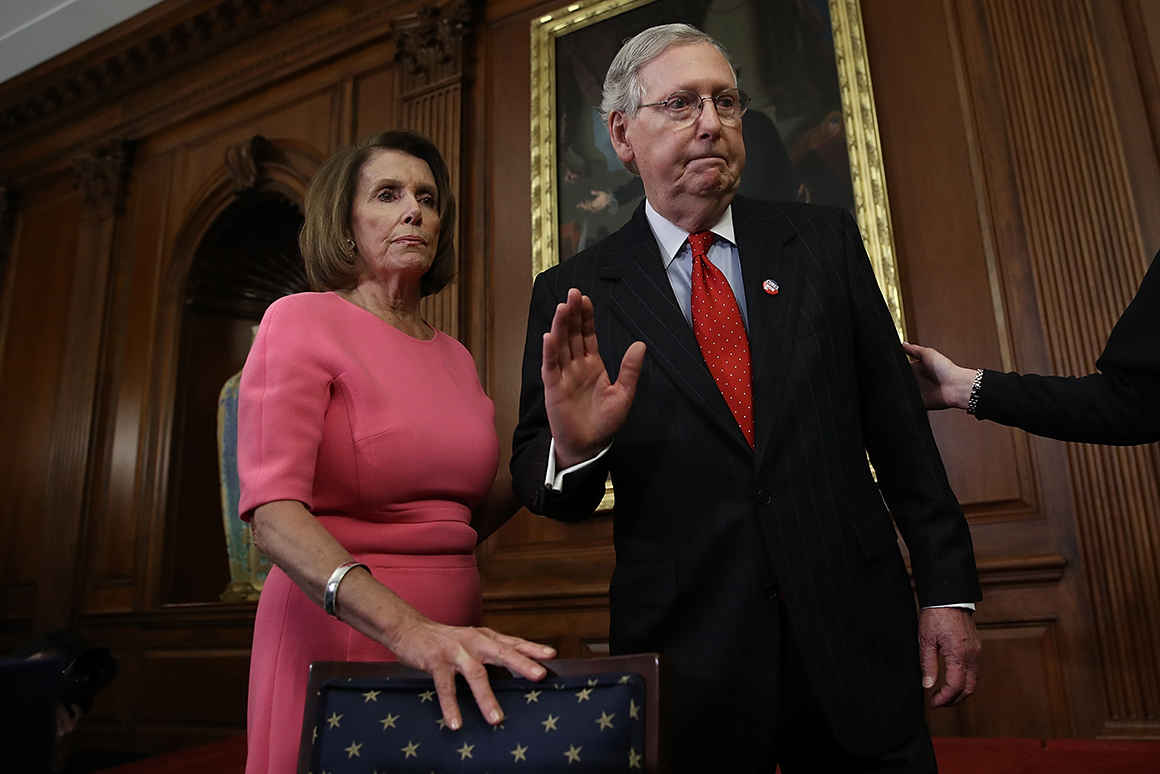 House Democrats are eager to boast about all they’re doing with their new majority. The only problem? Most of it’s headed for Mitch McConnell’s dustbin.

From a sweeping health care package to ambitious proposals on gun safety, climate change and voting reforms, Speaker Nancy Pelosi (D-Calif.) and her sprawling class of freshmen are quickly following through on the campaign promises that won them the House. But after they pass their proposals, that’s as far as they’ll go — a frustrating dynamic that lawmakers begrudgingly acknowledge.

“I’m not sure that anything we do is going to reach the floor of the Senate,” said House Budget Committee Chairman John Yarmuth (D-Ky.). “That’s the reality.”

McConnell (R-Ky.), faced with his own reelection and defending a tough GOP map in 2020, has no incentive to work with House Democrats on their domestic agenda.

A Senate blockade will deny Democrats tangible wins to tout on the campaign trail, while keeping vulnerable Senate GOP incumbents from having to take difficult votes. Republicans are also intent on shielding President Donald Trump from potentially awkward veto fights on legislation that polls well.

As Sen. John Cornyn (R-Texas) put it: “We are the firewall.”

“Most of that stuff is really easy for Republicans in the Senate to message against,” said Senate Majority Whip John Thune (R-S.D.). “We think a lot of the ideas over there are crazy. I don’t see many of our folks who have much problem messaging against most of what their agenda’s going to consist of.”

Gridlock in divided government is a longstanding Washington tradition, with the fast-moving House frequently stymied by the Senate. It’s not all bad for Democrats, who can help lay the groundwork for Democrats’ 2020 agenda and show voters what the party can do if it sweeps to power in the next election.

But it’s the latest reality check for House Democrats, who came to power in the middle of the longest government shutdown in history and saw their agenda frozen until after a weeks-long deadlock over Trump’s border wall was resolved

When Pelosi and her deputies were finally able to turn to their big-ticket items, including passing a guns background checks bill and a sprawling anti-corruption package, they were overshadowed by caucus infighting and procedural stumbles.

Now Democrats — particularly the 60-plus freshmen — are encountering a new reality: It doesn’t matter what they do as long as Republicans control both the Senate and the White House.

“Right now we are not doing anything, House and the Senate combined,” said freshman Rep. Max Rose (D-N.Y.). “I am frustrated that Mitch McConnell is a coward. Unwilling, unable to put legislation on the floor.”

Senate Democrats know this dynamic all too well, having seen McConnell stifle President Barack Obama’s agenda, not to mention his Supreme Court nominee in 2016.

McConnell isn’t entirely unwilling to put liberal proposals on the floor, at least when he senses a political benefit. With the Democrats’ divided over the “Green New Deal,” McConnell put the measure up for a vote last week only to see 43 Democrats vote “present” — an awkward result for a blueprint endorsed by many Senate Democrats running for president.

Senate Republicans could also push for votes on “Medicare for All” or keeping the Supreme Court at nine justices to try and divide Democrats. Democrats say privately that the “present” voting strategy is now viewed as the best way to deal with “gotcha” votes from McConnell.

But when it comes to the sweeping ethics and election reforms of HR 1 or other major progressive proposals, Democrats’ have little hope of getting Senate Republicans even on the record. That leaves relatively small-bore legislation as perhaps the only potential option for success in divided government, but there hasn’t been much focus on infrastructure improvements or other bipartisan ideas in either chamber.

Pelosi aides argue public pressure could force McConnell to act on bills passed by the House.

“Public support for the For The People agenda was critical to our victory in November and it will be key to removing any obstacle in our way, including a Republican Senate,” said Pelosi spokesman Drew Hammill.

Some House Democrats’ frustration is focused not on McConnell but within their own caucus.

“It’s time to move off the talking points and onto legislating,” said Rep. Kurt Schrader (D-Ore.), a moderate Democrat who hasn’t been shy about criticizing his party’s leadership. “I haven’t heard about anything that deals with the economy or some of the other issues.”

Schrader noted he and other members of the center-left Blue Dog Coalition sent a letter to Pelosi and Majority Leader Steny Hoyer (D-Md.) in January urging them to prioritize passing a transportation bill.

“I assume this is just playing to the left wing of our base and that we’ll move onto the infrastructure, prescription drugs,” Schrader added of the current agenda.

Other moderates are also hopeful leadership will soon move past what they see as pie-in-the-sky messaging bills.

“I wouldn’t call it frustration. I would call it anticipation,” said Rep. Jim Himes (D-Conn.). “I’m very hopeful that on both transportation and infrastructure, and on health care costs, we might be moving into that phase.”

House Democrats have held multiple hearings on infrastructure and prescription drugs, a precursor, aides argue, to bringing legislation to the floor later this year.

Pelosi’s staff is in the early stages of talks with the White House and senior Senate Republicans on a potential prescription drug package. But even infrastructure — an idea that at its broadest unites Democrats, Republicans and Trump — comes with its own hurdles.

House Democrats are expected to pivot to their infrastructure package in late spring or early summer. But, as in past years, finding a long-term solution for highway and other transit investments will be difficult. Lawmakers have resisted raising the gas tax for 25 years.

In the meantime, House Democrats are about to see a repeat dynamic from eight years ago, when emboldened Republicans took the House majority and sent then-Senate Majority Leader Harry Reid (D-Nev.) dozens of conservative bills. Reid let virtually all of them languish.

“When you’re in the House you’re consumed” with your agenda, said Sen. James Lankford (R-Okla.), a former House member. Then “you look at the papers ... and you go: no one’s talking about what we’re working on. Because everyone knows it’s not going anywhere.”

Perhaps the best result for Democrats would be that inaction on their legislation puts pressure on GOP Sens. Cory Gardner of Colorado, Susan Collins of Maine or Martha McSally of Arizona to break with McConnell and demand votes on campaign finance reform or environmental bills. While a longshot, that would at least make the point that even if Democrats beat Trump they need to capture the Senate as well.

“If all they do under McConnell’s leadership is block everything, in a presidential turnout year, I think they really risk losing some of their seats like Maine, like Colorado, like Arizona,” said Rep. Gerry Connolly (D-Va.). “If they want to keep control of the U.S. Senate, they better deliver something.”

Andrew Desiderio and Sarah Ferris contributed to this report.